In the late 70s, Mike Matthews and EHX took the Big Muff on a detour from the traditional 4 transistor circuit in favor an IC-based circuit. It sounds very similar to the traditional Muffs, with the tone control being a little more flat than the traditional mid scoop. The circuit uses two favorite opamps from the 70s–the JRC4558 (used in the Ibanez Tube Screamer) and the LM741 (used in the Distortion +/OD250). The IC Big Muff would have probably faded into the background of Big Muff lore if it weren't for Smashing Pumpkins guitarist/frontman Billy Corgan. His use of a late 70s IC Muff on Siamese Dream has made the pedal highly sought after.

I've drawn the layout to use right angle pcb mount pots, mounted on the solder-side of the board. Also, if 741 chips aren't to your liking, you can use something like a TL071 in its place. Just increase the 820k resistor between the power and pin 3 to 1M. 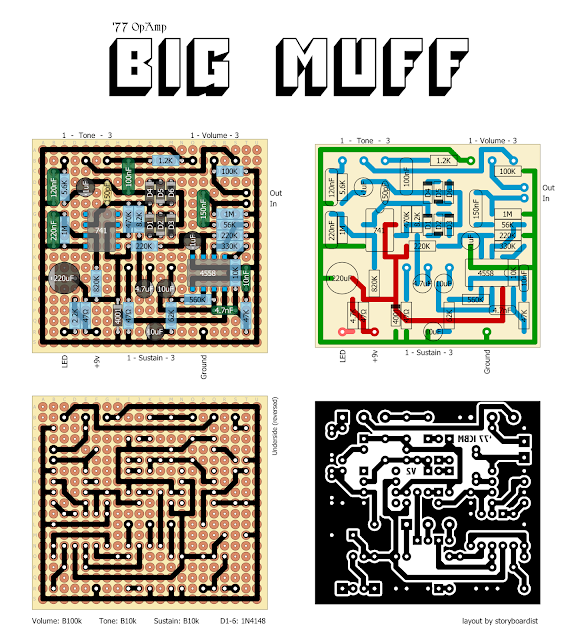