The XB-70 is a clone of the Captain's personal '77(?) Guild Foxy Lady, which were built by Electro Harmonix and generally very similar to Ram's Head Big Muffs. In the Captain's own words, "It sounds like torn leather soaked in piss and salt smushed lovingly into ears... It is a brute of a pedal, has a really intense roar at full tilt, like any good Big Muff really." I used my old Ram's Head layout as the starting point, but altered the pot placement and it should be a nice fit in a 125B now. 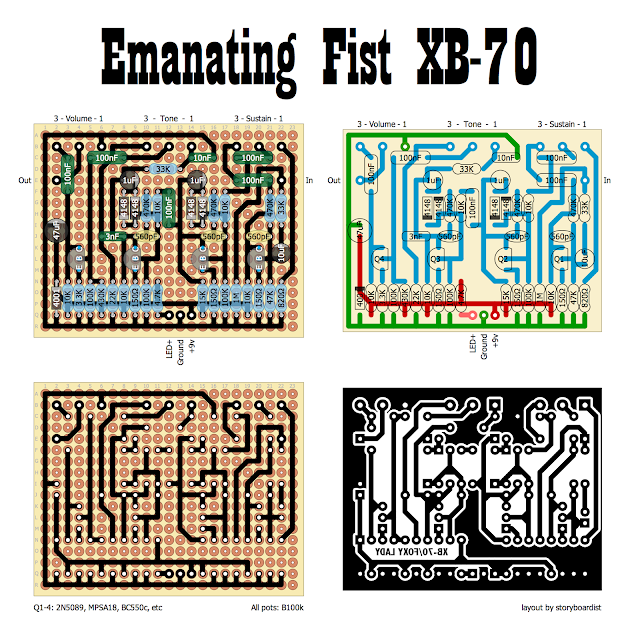