What? A Monday post? Yep. This week is EarthQuaker week. EQD is easily my favorite pedal company, and I own more of their pedals than any other builder. Not to mention I've learned a lot about pedal design from Jamie's work. So this week I'll be posting 3 EQD circuits and hopefully a video to go along with this week's Fuzz Friday.

To kick EarthQuaker week off, here's the now discontinued Crimson Drive. Did the 2-knob version ages ago, but the 3-knob version was recently posted on FSB so I gave it an update. Beyond the addition of the tone control, there's a few capacitors removed compared to the 2-knob version. The germanium transistor is also different–an NPN instead of the PNP–and the germanium transistors were swapped from 1N60Ps to 1N34As. Easy fit in a 1590B with board mounted pots. 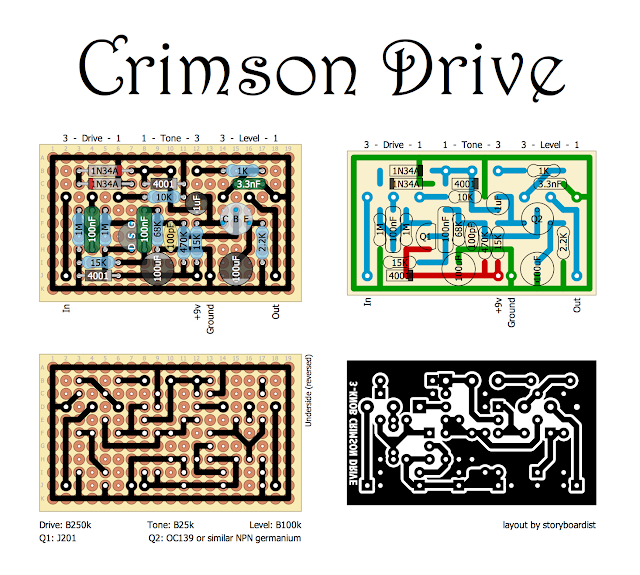