Happy Fuzz Friday, everyone! As promised, here's my layout for the Pete Cornish G-2. The circuit is essentially a Big Muff (with a few different component values) with a simplified tone stack and input buffers. It's not quite as fuzzy or distorted as a typical BMP but more of a heavy overdrive. Though it can get fuzzy at higher Sustain levels. There is a bit of uncertainty over the type of diodes used in the clipping stages, so socketing is a good idea here. 1N34s or 1N60s are a good place to start. 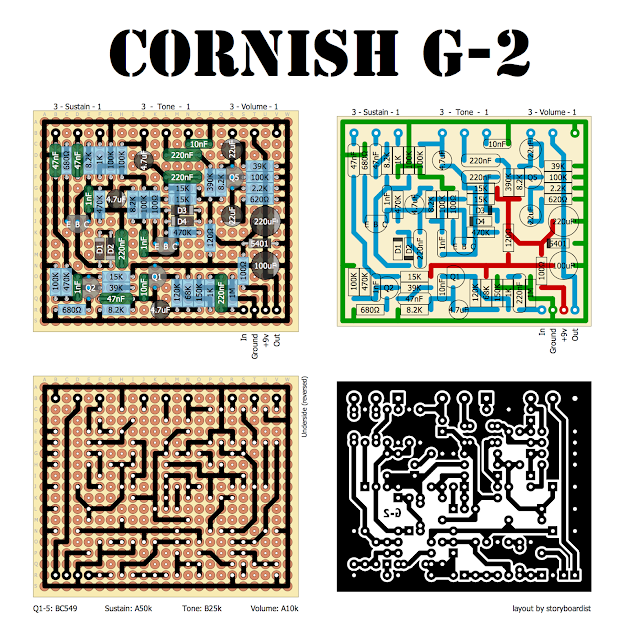 As I mentioned earlier this week, I've also laid out the bypass buffer with a board mounted footswitch. It's a little too wide for a 1590B, but this and main circuit layout will fit very nicely in a 125B enclosure. 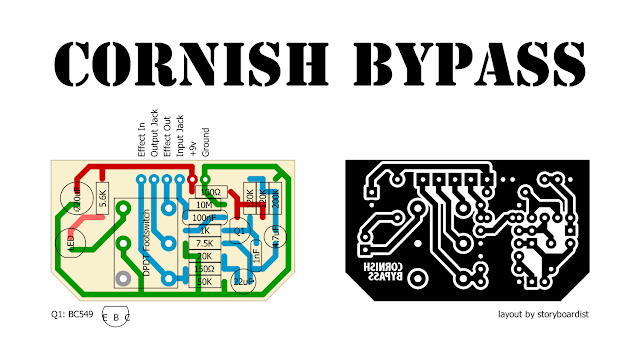 If you're building on perf and want to include the bypass buffer of the original you can use the Cornish Buffer layout and wire it like this: 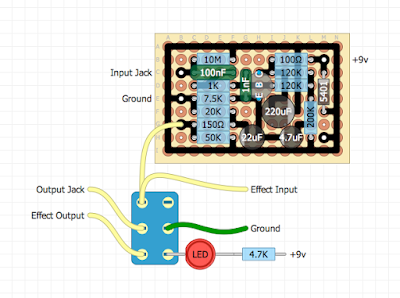