Electro Harmonix LPB-1 (and its siblings)

The LPB-1 was the first effect made by Mike Matthews and Electro Harmonix. Like many other effects at the time, it was housed in a small box that plugged directly into your guitar. It was designed to give you a volume boost and push the amp into overdriven territory. EHX still makes the LPB-1 (Linear Power Booster) to this day, as well as its sibling circuits, the Screaming Bird (also known as the Screaming Tree) treble booster and the Mole (also known as the Hog's Foot) bass booster. The LPB-1 and Screaming Bird/Tree can be built on the same board, as the only difference between the two is the input and output capacitor values (100n for LPB-1, 2.2n for Screaming Bird/Tree). 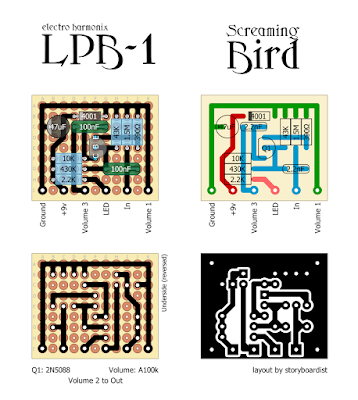 The Mole/Hog's Foot is basically the same circuit, again with differing input/output caps. However, there are 2 added 100n capacitors that make it necessary for a different board. 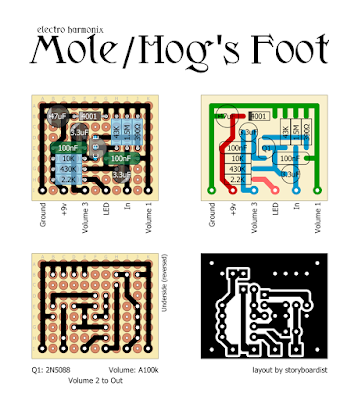