The Catalinbread Galileo emulates an Vox AC30 and a Rangemaster treble boost in one to give the user tones like Brian May of Queen. The Galileo Mk. II differs from the Mk. I with fewer controls and in a much more pedalboard-friendly enclosure. It's a bit stripped down from the original, but sounds fantastic, and some say it's easier to dial in tones on the Mk. II over the Mk. I. Comparing the schematic with the Catalinbread Sabbra Cadabra, the Galileo has a very similar structure. The input stage is similar (though not identical), the stacked JFET gain stages are nearly identical, as is the gain recovery stage after the tone control. Though, this makes sense since both are emulating British tube amps and Rangemaster variations. To board mount the pots, use right angle PCB mount types from the solder-side. 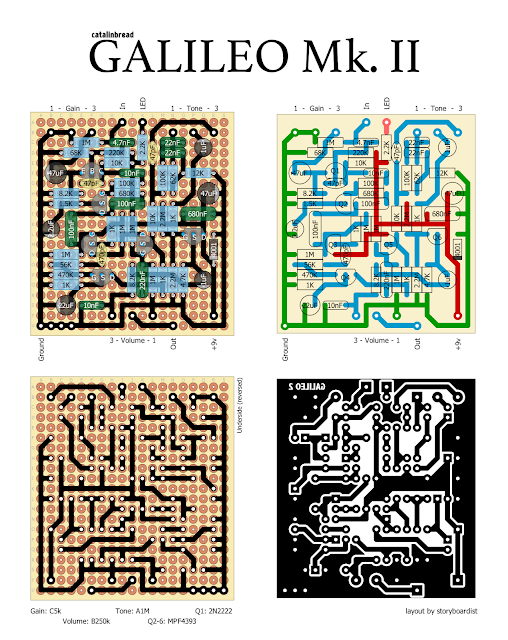