This circuit is most known for being manufactures and sold by Univox, but was designed by Shin-Ei as the FY-6 and licensed to several manufacturers including Ibanez, Teisco, Kent, Companion, Apollo, and several others. The Super Fuzz has been used by many guitarist since it was first made in 1968, including Pete Townsend, J Mascis, Poison Ivy, and Josh Homme, just to name a few.

I did a layout of the Super Fuzz almost 8 months ago, and was always disappointed it wasn't really 1590B friendly. Well, I finally got around to redoing it and this version should fit just fine in 1590B. I based it off the original Super Fuzz circuit board, but with non-standing components and added polarity protection, increased the power filter cap, and added a pull down resistor. 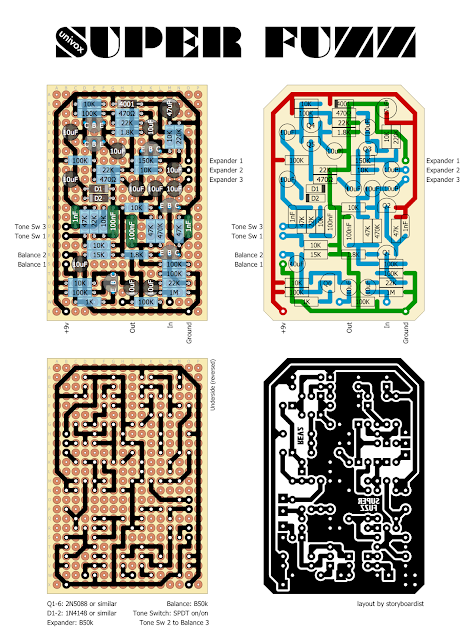