For Fuzz Friday here's the Bellows from Earthquaker. I picked up one of these late last year and was able to trace it. It's fairly simple but sounds really good. It's really similar to an Electra circuit, but with a JFET going between the base and collector of the transistor. Here's the schematic for reference. 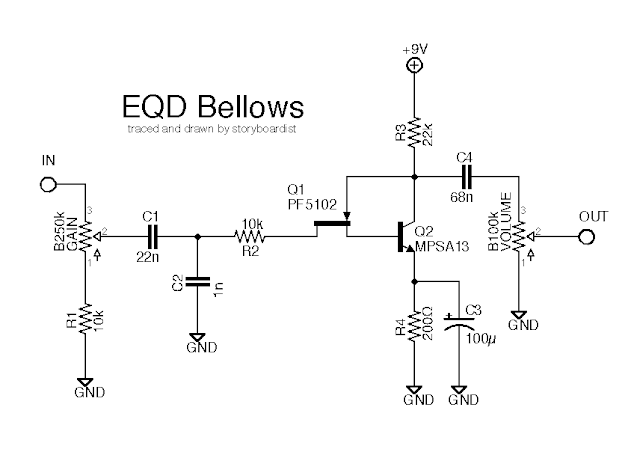 In the originals the resistors are large carbon comp and all caps are film box types (with the exception of C3). I breadboarded this with mostly metal film resistors and with whatever caps were closest, along with a J201 for the JFET and it sounded very much like the original. 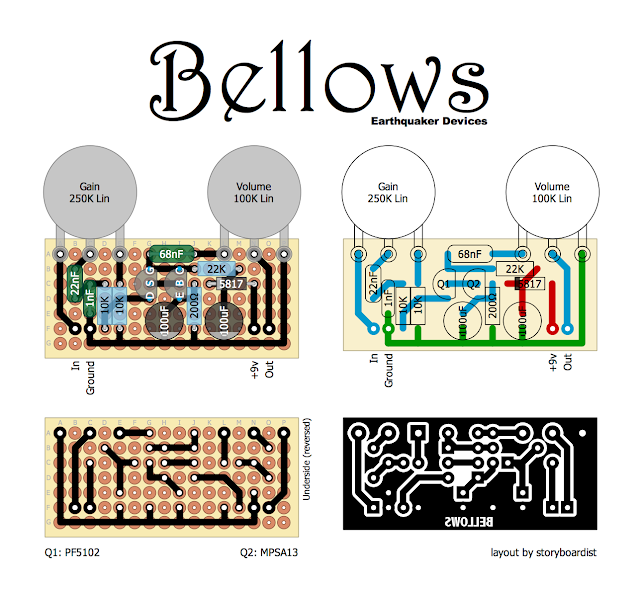 Here's a few pics of the original guts, btw. A lot of the circuitry on the board is for the relay bypass (that I did not trace as it would be mostly pointless with out the code for the PIC). 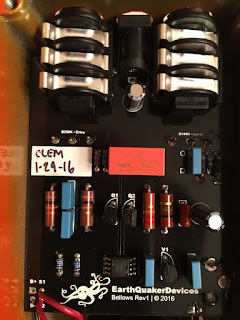 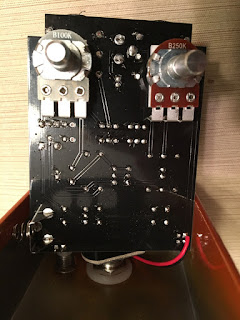