The Fender Blender would probably just be a blip in the history of fuzz if it weren't for the likes of Billy Corgan (Smashing Pumpkins) and Kevin Shields (My Bloody Valentine), as it was generally regarded as too harsh sounding. This aggressive fuzz is good for metal leads and also can create an octavia sound on the neck pickup with the Sustain control rolled down. The Boost footswitch is actually a tone boost, and uses a SPDT switch (or DPDT if you want LED indication). I've laid the circuit out for on board, right angle pots, mounted from the solder side (or you can use long leg ones mounted from the component side). I've increased the power filtering cap and added polarity protection as well as input and output pull down resistors, and on board LED resistors. With the 2 footswitches, I thought it would be best to design the layout for a 1590BB oriented like this, so keep that in mind. 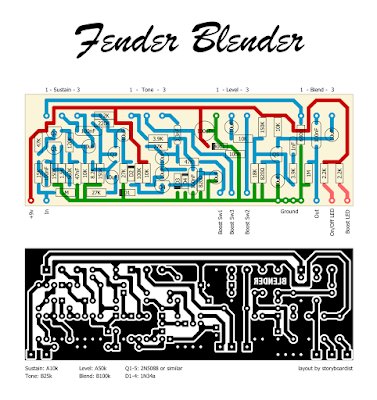 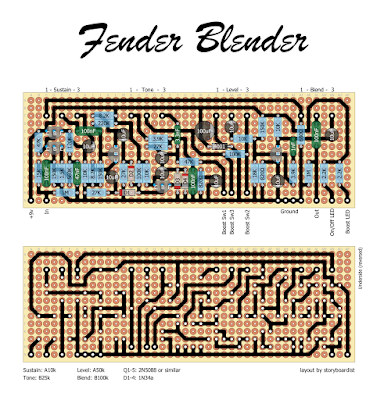