Here's the ColorSound Wah-Wah. I hadn't laid out a wah before, probably because I haven't built one myself before, and I don't use one much when I play. Anyway, the ColorSound Wah-Wah is pretty simple and sounds very good. What makes it unique is that it doesn't use an inductor like most wah circuits. This might be a good candidate to throw a buffer in front, but it's not necessary. There is a volume pot which you could omit if you want (in which case the Volume 3 pad becomes the output). You could also throw this in a 1590a if you wanted a non-treadle/fixed wah pedal. Or if you're really brave, you could mod a 1590a into a treadle pedal like Thomas Hafemann did. 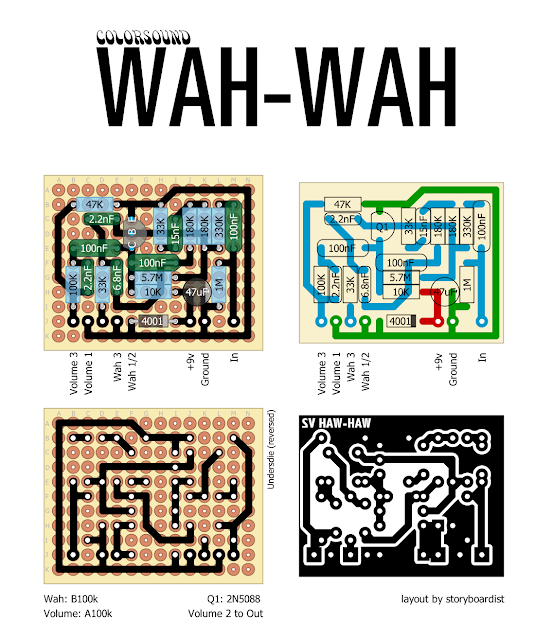 Email ThisBlogThis!Share to TwitterShare to FacebookShare to Pinterest
Labels: 1590a, SolaSound/ColorSound, Verified, Wah