The Space Fuzz is a a loud, in your face fuzz/octave box from Japan builder Seppuku FX. It's partially based on the Tim Escobedo Rambler, with a couple other stages thrown in (including the Bazz Fuss). It has a pretty wide range of tones and can get a little splattery at the end of sustained notes. This layout is based on original PCB traced on FSB, but tidied up and changed to include power filtering and polarity protection, and will fit in a 1590B (originals are in 1590BBs). Originals use ceramic capacitors and that's reflected in the layout as well. Seems like just about any NPN silicon transistor will work, but the 2N2222 reportedly is the quietest. As always, socket and experiment. 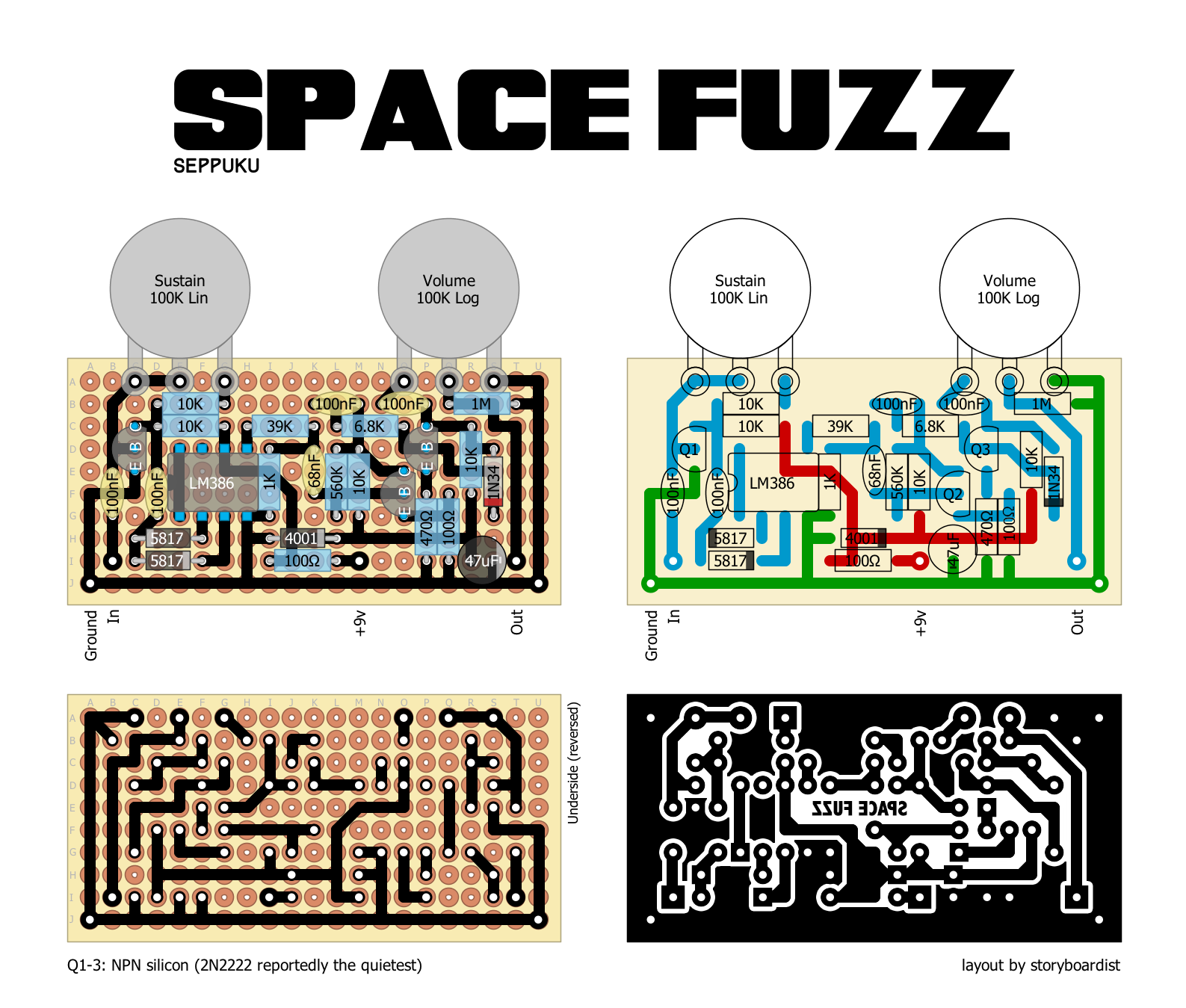