The OverDriver is a dynamic transparent drive that works great with a tube amp. It's essentially a massive clean booster that pushes the amp to overdriven tones. Original units from '69-'70 didn't have a master volume control, but modern versions do and it's a good addition to the circuit. (If for some reason you don't want the master volume, the Volume 3 pad becomes the Out pad.)

I've upped the power filter cap to 47µ and added polarity protection and a pulldown resistor. The original BC transistors used had BCE pinouts, but I've laid the effect out for the more common CBE pinout. Also, the BC169 transistors used for Q1 and 2 will probably be pretty difficult to source, so socket and try out some alternatives (2N3904, 2N5088, etc). Might be a tight squeeze horizontally, but it should fit in a 1590B enclosure. 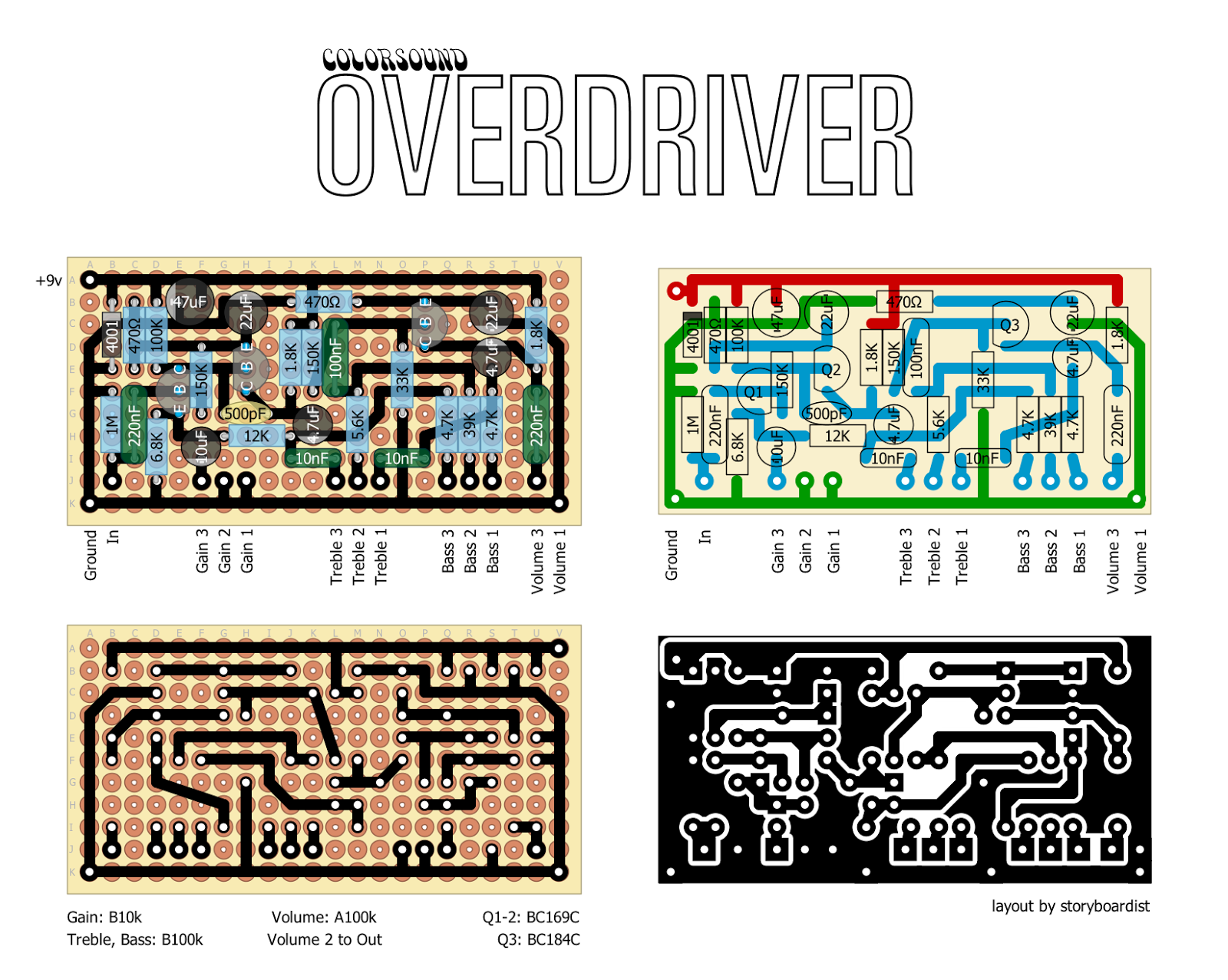 Here's my build. Haven't boxed it up yet, but I tested it and it seems to work. I used 2N2222s for Q1-2 and a BC550 for Q3, though I plan to try out some different ones. Also, you may want to try a lower value for the gain pot. There's a serious drop in gain once you start turning it down. Since the first stage is based on the Fuzz Face, maybe try a B1 or 2k pot. Reverse log might not be a bad idea either. 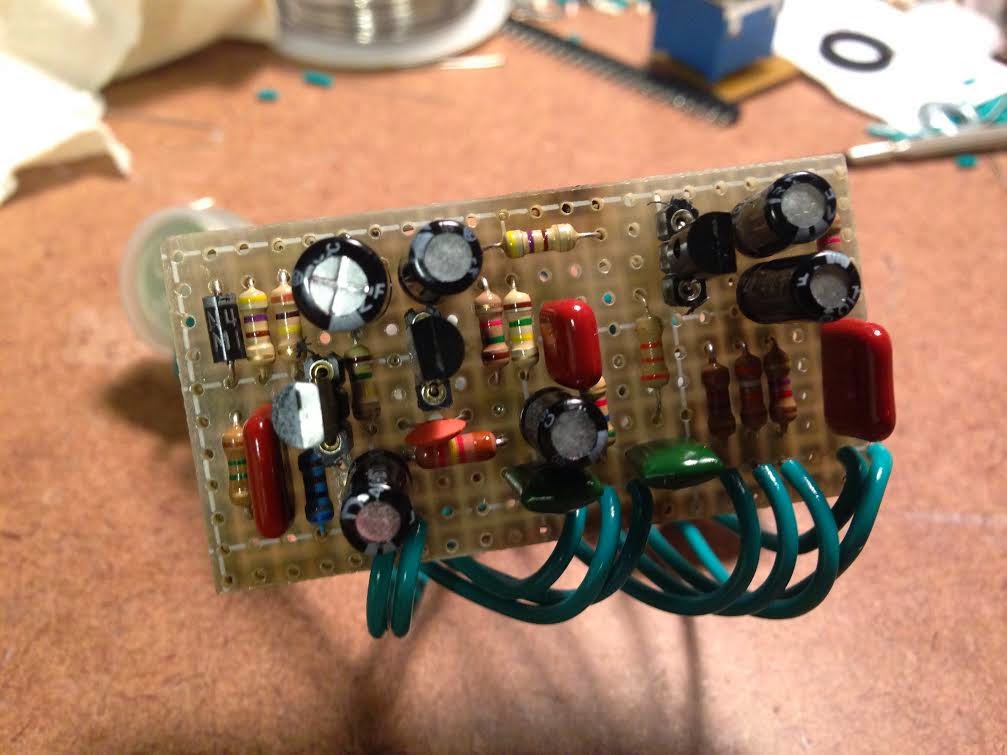