This cool little effect was originally housed in a small box that plugged directly into your amp (which you then plugged your guitar into) and later on some of Vox's higher end guitars. You'll need to track down an obsolete 2N2646 unijunction transistor for Q1, but they can be found on eBay or Small Bear. It produces a thumpy sounding tremolo that could be really useful if you're trying to cover The Who's "Baba O'Riley" and need to do the intro on guitar. 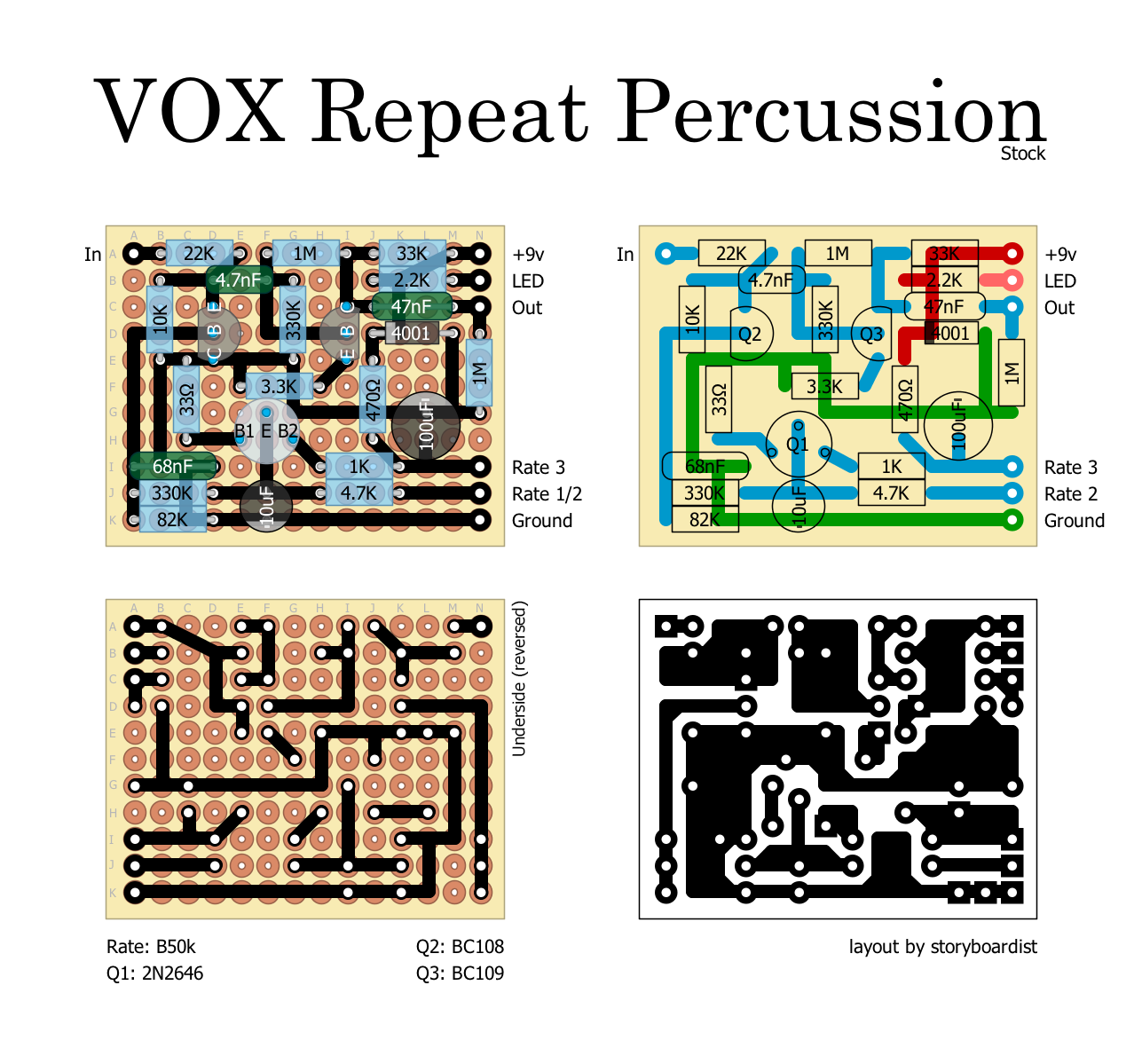 And with an added depth control: 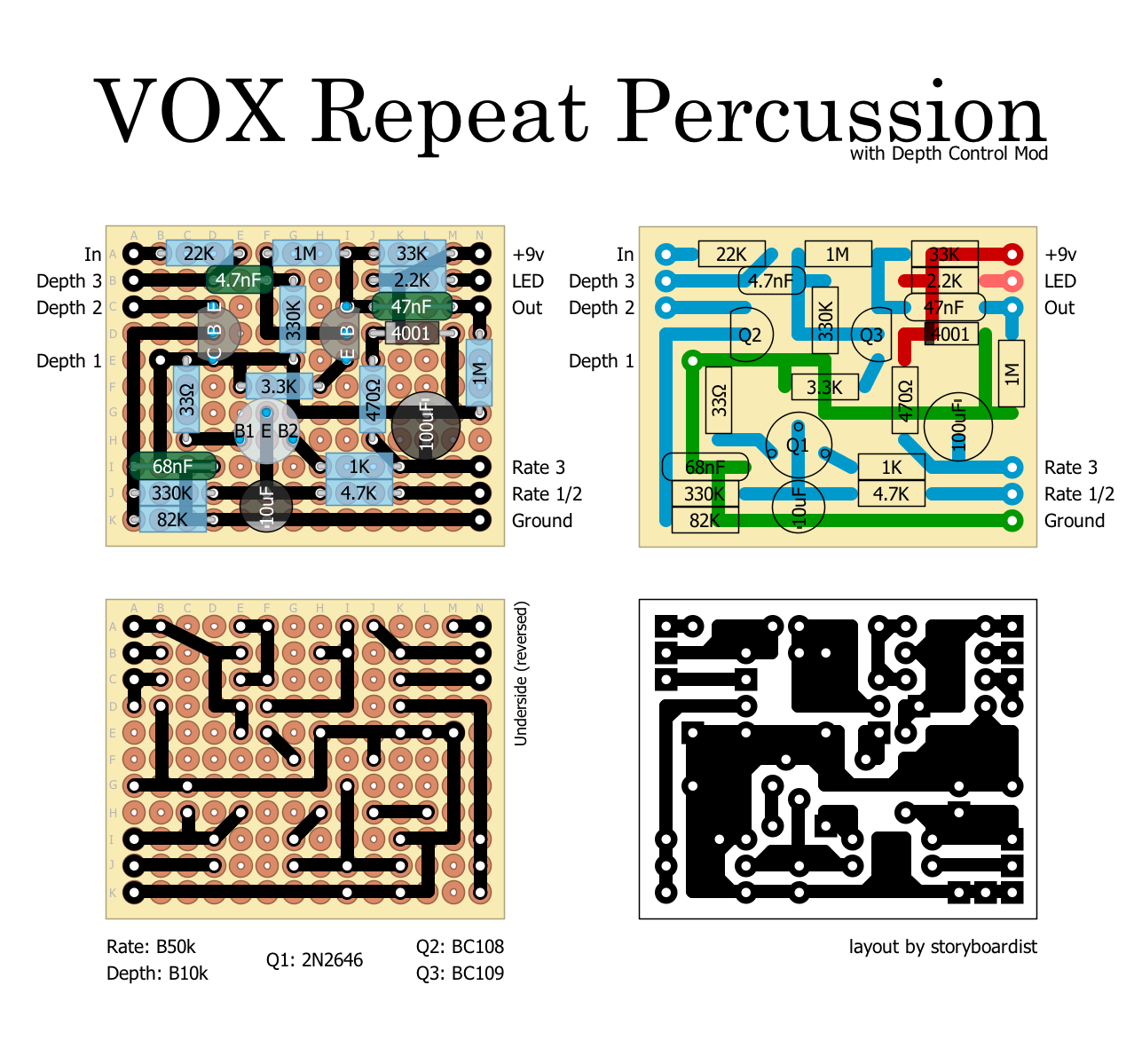 Email ThisBlogThis!Share to TwitterShare to FacebookShare to Pinterest
Labels: 1590a, Tremolo, Verified, Vox