I've added polarity protection and put the LED resistor on the board. I've also added a 47pf cap in parallel with the clipping diodes in the Burst version that MadBean added in his Drunken Dragon version of the Eternity. Sean from Lovepedal says that the secret behind the Eternity is a LM1458, but any dual op-amp should work fine (JRC4558, NE5532, TL072, etc.). They'll just sound different, so adjust to taste. 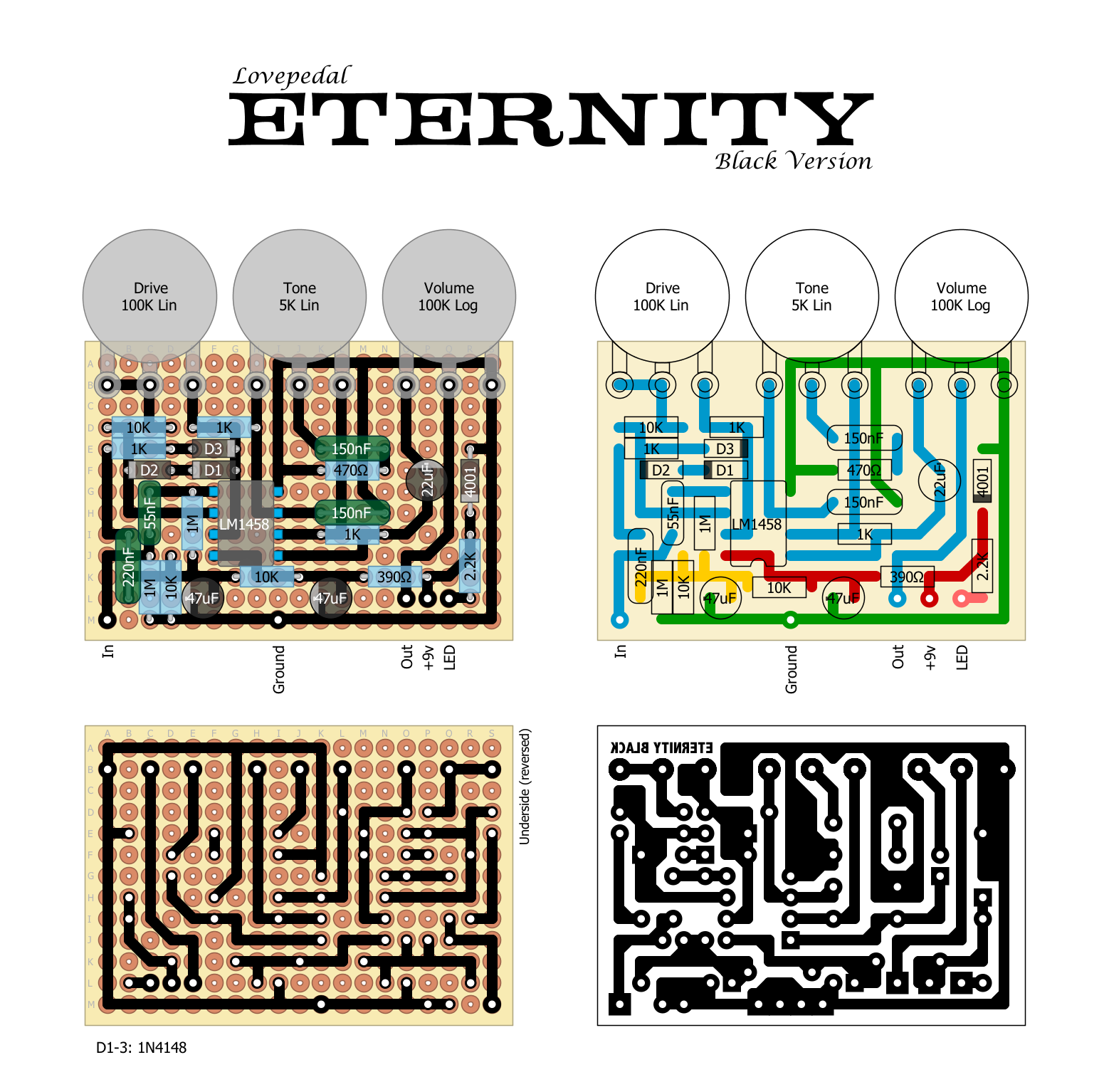 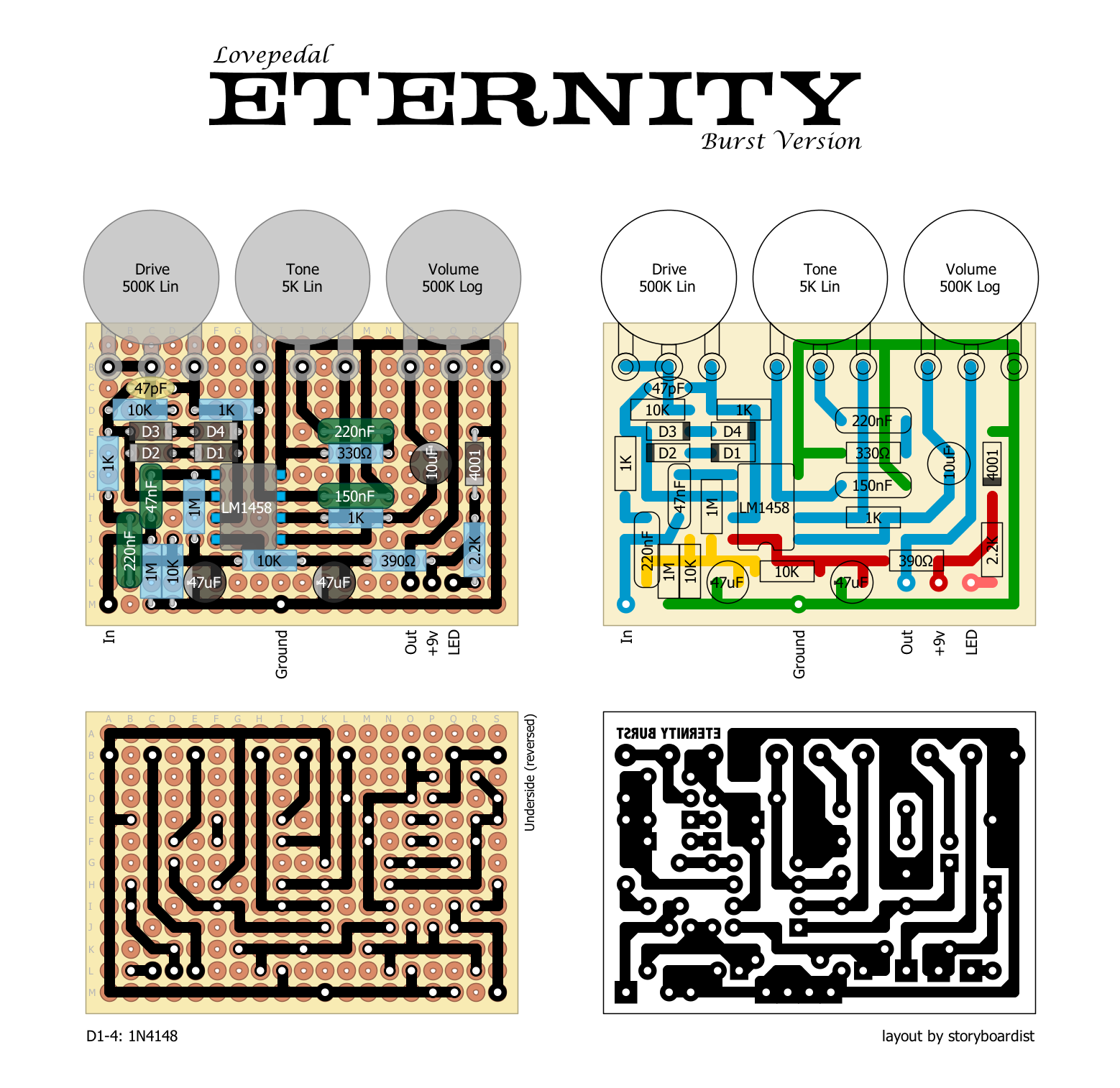