Smoother sounding than the Mk. II Professional, the Tone Bender Mk. III not only added a tone control, but the circuit was a deviation from earlier Tone Benders. Q1 and 2 create a Darlington pair that amplify the signal, while Q3 is what creates the fuzz. I've laid this out for negative ground operation, so make sure to use NPN transistors. Q1 and 2 can be low gain silicon if you don't want to use germaniums. Q3 could also be silicon, but a germanium is most likely going to sound best. You can also reduce the value of the 220k resistor (or just replace with a jumper) between Tone 2 and Volume 3 for more output. 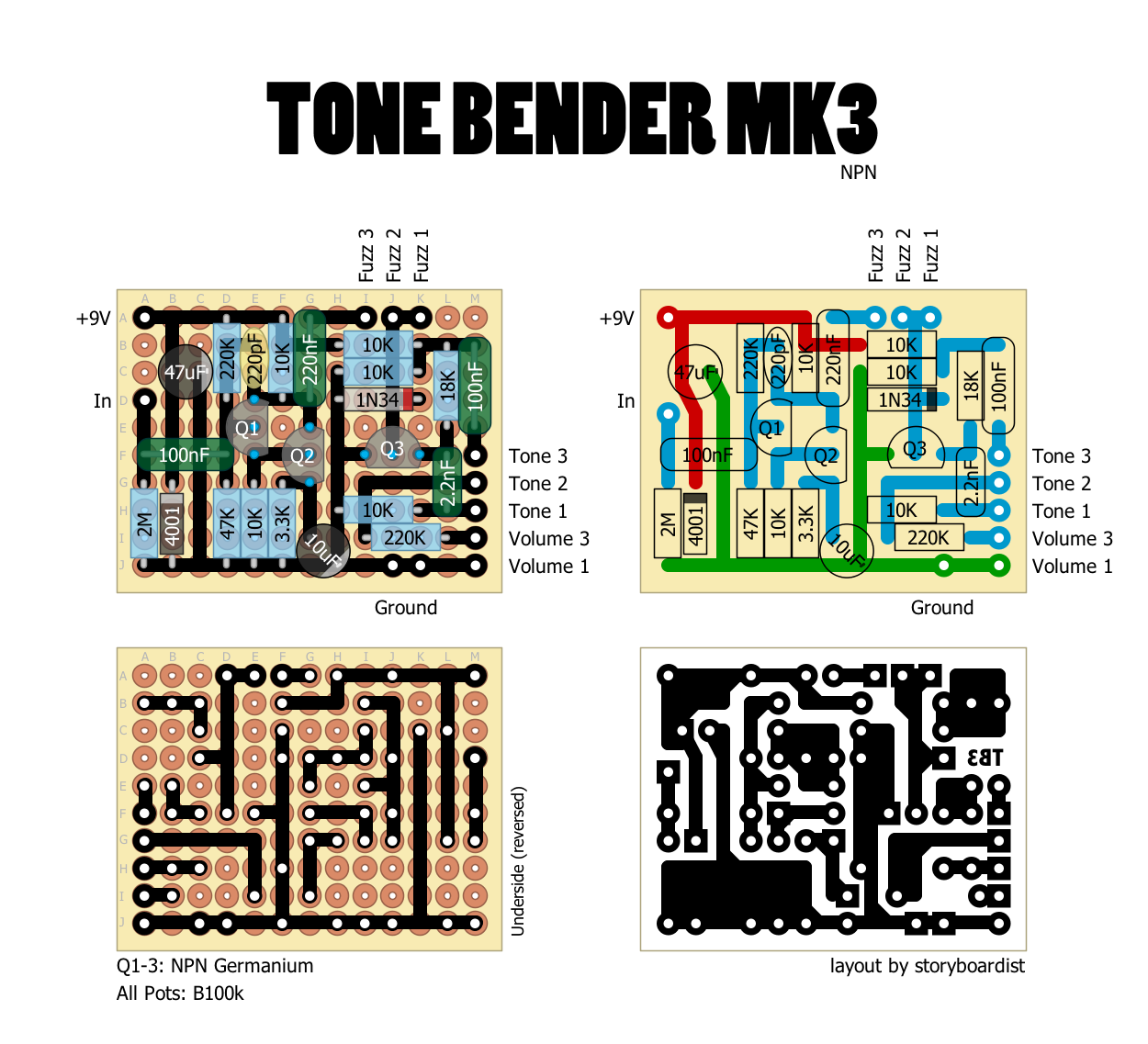 The original TB3 had a cool way of mounting the pots to the circuit board (see pic below). This approach was later emulated by Ross with their Distortion, Compressor, and Phaser pedals, and ProCo with the RAT. Since I'm a sucker for eliminated offboard wiring, I created another layout (PCB only, sorry) inspired by the original, but updated for more modern components (like radial electrolytic caps and 16mm pots) and to fit in a 1590B or 125B. 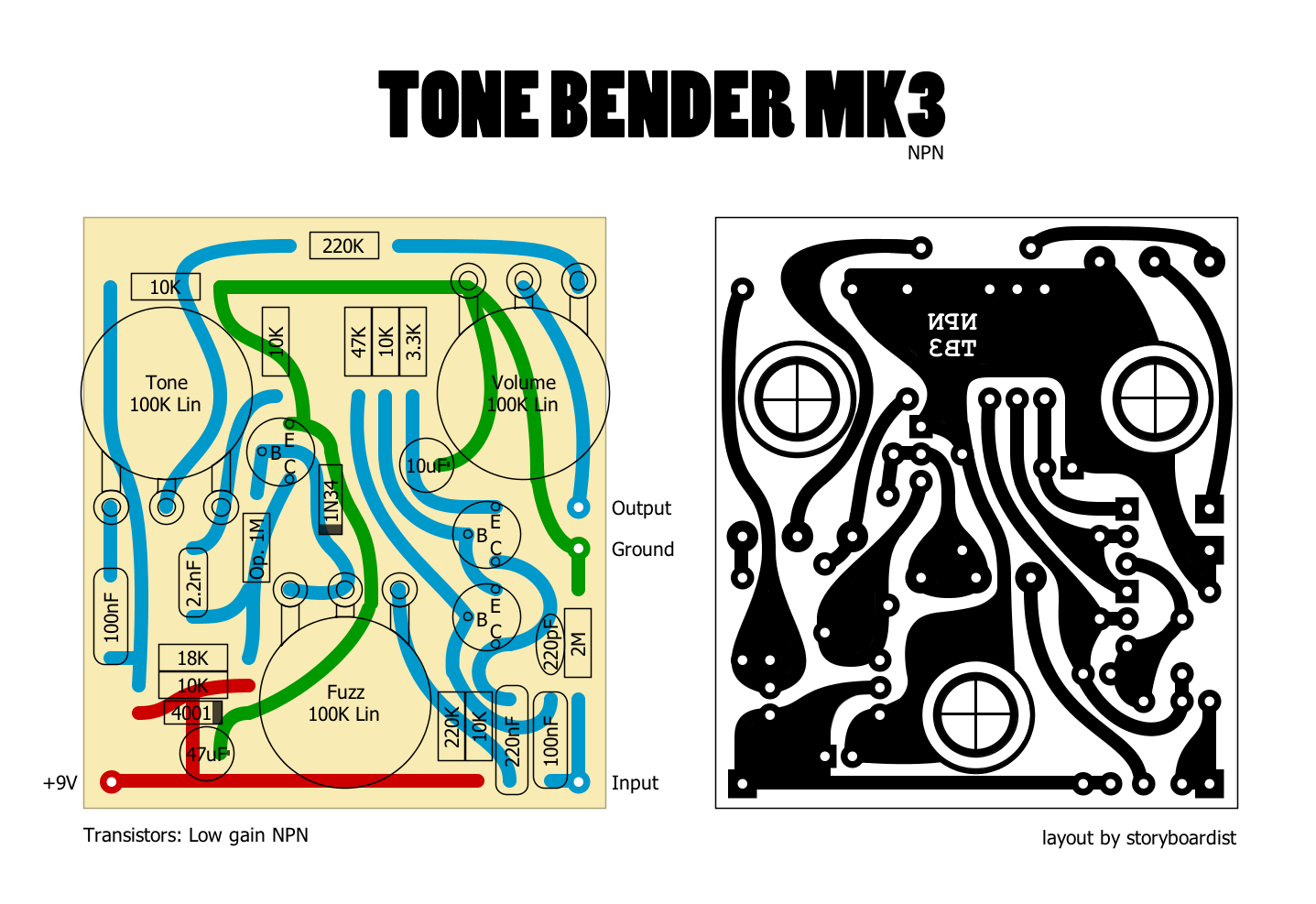 And a shot with the components not in "outline" mode. 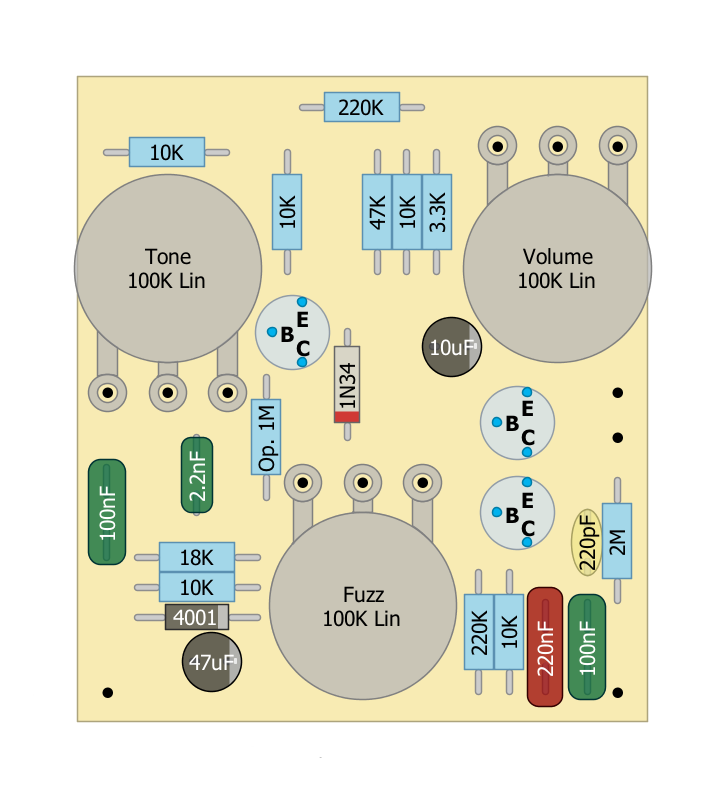 This has an optional 1M resistor between the base and collector of Q3 if using silicon transistors.

This layout can also be used for the Vox ToneBender Mk. III and the 3-knob Park Fuzz. See Fuzz Central for component changes.