Here's a fairly simple PT2399 delay from Allesz over on FSB. Here's what he had to say about it:

It is a simple circuit and it works good but: the mix and repeats pot are a little interactive in quite a strange way (anyway they work different from a standard echo: to turn off the delay you don'use the mix pot, but you turn to zero the feedback pot) and the on off is a little bit noisy (the clip is recorded at low volume and you will hear kids (always noisy) and clicks so, mostly, the clicks are from the mechanical sound of the switch, but a little noise makes it to the amp too) in order to minimize the clicks the input is grounded on bypass.

The major differences between my schem and the others pt2399 projects I know are that I didn't use the opamp between pins 14 and 13 and I didn't put a cap between pin 2 and three (repeats sounded cleaner to me this way).

I put a small switch to select between long and short delay; the long delays are quite dirty. 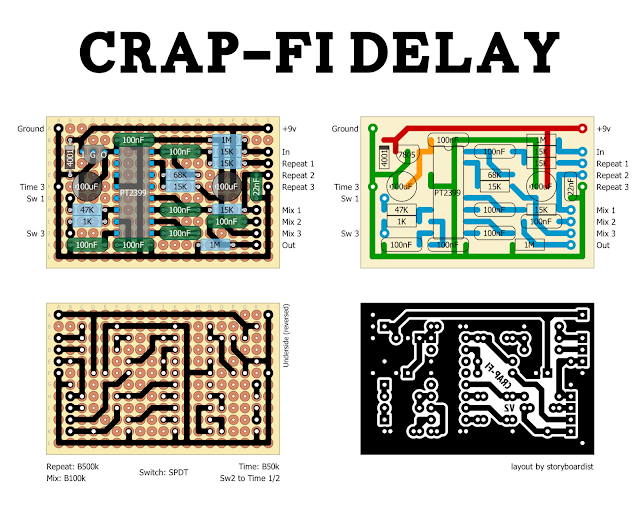