Here's a cool vintage fuzz circuit from the mid 60s–the WEM Pep Box. It's probably best known its use by John Lennon during the Revolver sessions. There are two versions of this effect, the first using germanium transistors and the later using silicon. I've drawn up layouts for both iterations of the circuit, as there are slight variations between the two. The originals used a 500k Level pot with a 56k resistor in parallel. This equates to a 50k pot, so the layouts reflect that. Also, if the effect is to thick for your tastes, try reducing the 2 electro caps down to 10µ. It seems both values were used.

If you're building the germanium version, the layout shows positive ground on the perf side (original transistors were PNP), and the PCB side shows negative ground (for use with NPN germaniums). Since the original ACY41 transistors are pretty scarce now (especially outside the UK), socket and experiment.

Here's a demo of the germanium reissue:


And a demo of an original silicon unit: 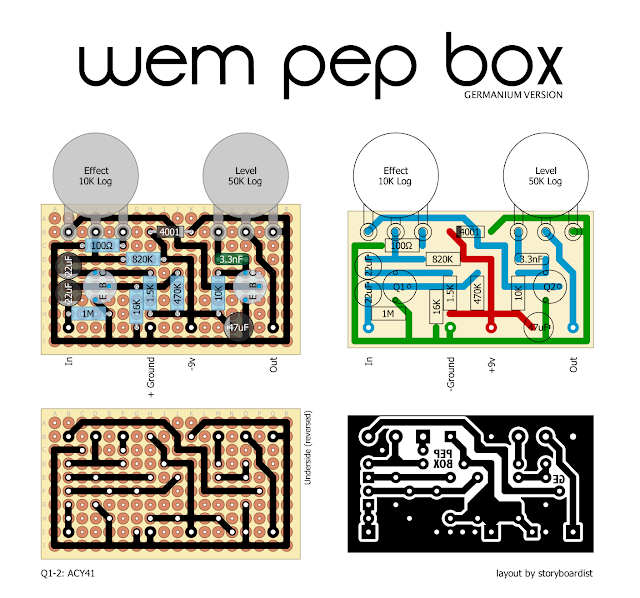