Here's a really simple "transparent overdrive" circuit that was a must have a couple years ago. People compared it to the Klon and Timmy drives. Originals use paper in oil caps, which some claim sound better than modern film or ceramic caps. That's a debate for another time though. I've drawn it up so you can use big mojo caps, or with more common caps for a much smaller footprint. Both versions have a couple tweaks. In the mojo layout, I've added a pull down resistor after the gain pot to try and eliminate footswitch pop. In the smaller layout, I've added some optional clipping diodes (which I think really improve the sound of this thing), and power filtering and polarity protection. 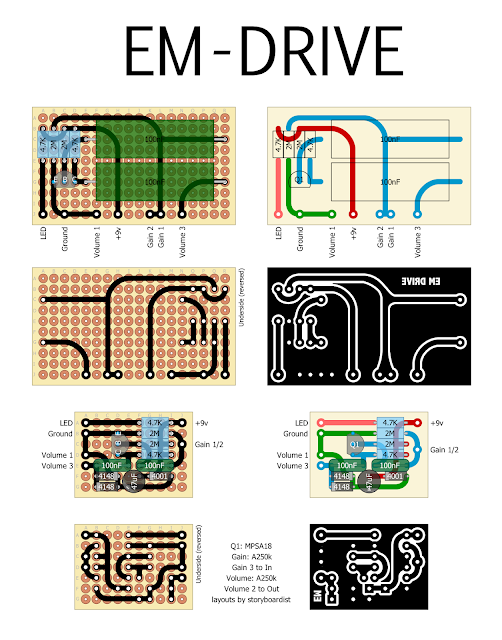