Like many of the old germanium fuzzes, the Burns Buzzaround can be difficult to get right. It also uses 3 sometimes costly germanium transistors, and unless you also build a power inverter or use NPN transistors, you can't daisy chain it with other negative ground effects. To get around these hurtles, Mictester designed a work-a-like of the Buzzaround using only one (NPN) germanium transistor and germanium diode alongside a dual op-amp. Here's mictester's description of this circuit:

"The original consisted of two stages - a two-transistor amplifier and a distortion stage that could have both the amount of signal sent to it and the bias point adjusted by external controls. The third control was a crude tone control which fed the output. Originally, the output was unbuffered, and the leads and amplifier following would load the unit, and the top end would be rolled off, and often the tone control would have little effect.


The first stage in the sound-alike is just a high input impedance op-amp gain stage. You may wish to increase the gain by increasing the value of the feedback resistor, but it sounds pretty good as shown. In the original, the first stage didn't really have much effect on the sound - it just amplified it enough to drive the following stage into conduction.

The heart of the beast is the germanium transistor stage. Apart from using an NPN transistor, this remains true to the original (why screw up a classic?), and still gives a wide range of sounds from the thin toppy fuzz beloved of sixties bands through to gated spluttery farts, with smooth warm distortion sounds in between!

The final stage is just a buffer - it isolates the tone circuit from the outside world, and allows a full range of control from muffled to glass-shattering!" 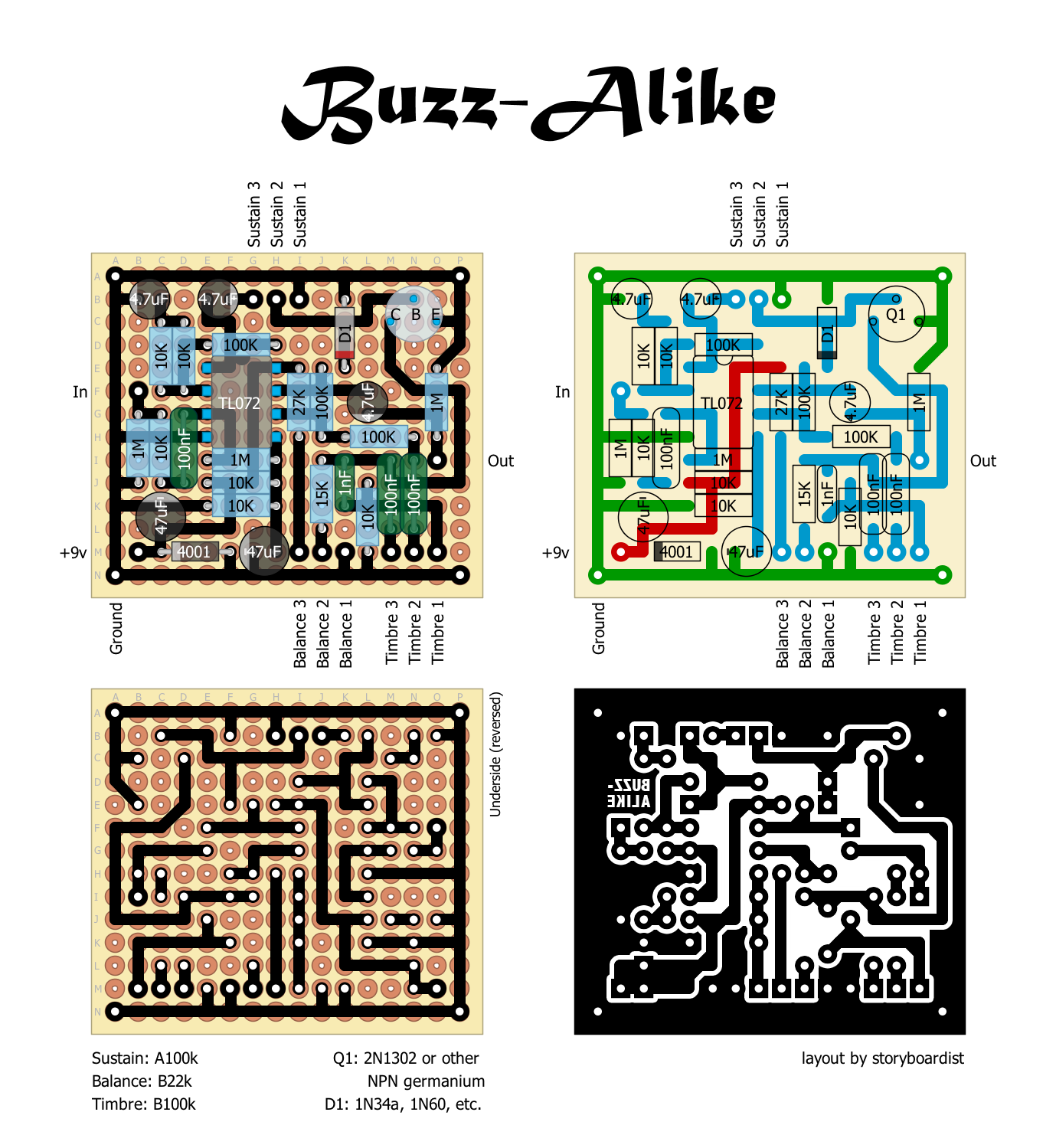