Got a request for the EQD Bit Commander, and while there doesn't seem to be a schematic for it, my search for one lead me to this effect. It's no Bit Commander, but it does do the synth-y octave down thing. The original Robot Devil has the octave switch (which allows you to switch between one octave down and 2 octaves down) as a footswitch. If you go that route, you'll need to use a DPDT if you want LED indication. Or you could just use a toggle SPDT if you want to put it in a 1590B and don't like the idea of having 2 footswitches on such a small box. 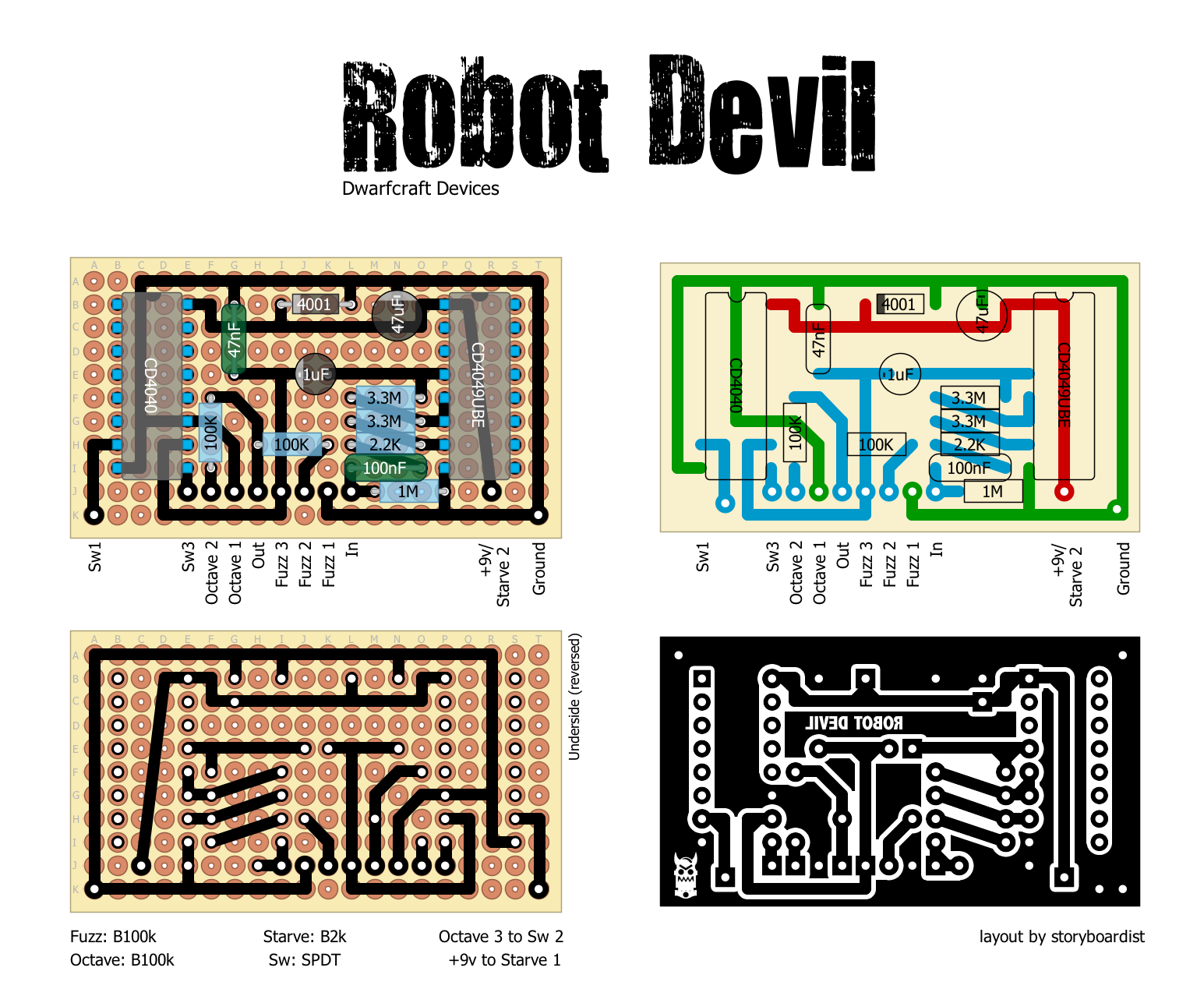 Here's how to wire the octave switch as a footswitch with LED indication: 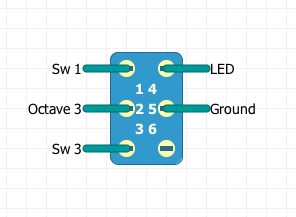 As is, the LED turns on if the sub octave (2 octaves down) is activated. If you wanted, you could use 2 LEDs (or a bi-color LED) to indicate which octave is in effect. Just connect the cathode of one LED to lug 6 (anode to +9v via 2.2k resistor) to indicate 1 octave down.