What's the OCB you ask? It's the bypass buffer circuit from the new version of Fulltone's OCD. It allows you to switch between regular true bypass and buffered bypass. There are 2 versions: The first (smaller) inverts the phase of your audio signal when engaged (in bypass mode phase isn't inverted). The second (larger) adds an extra inverting transistor stage so that the phase of the output signal is the same as the signal coming in. If you've built an earlier version of the OCD in the past, you can add the 2nd board to make it into the newer version. 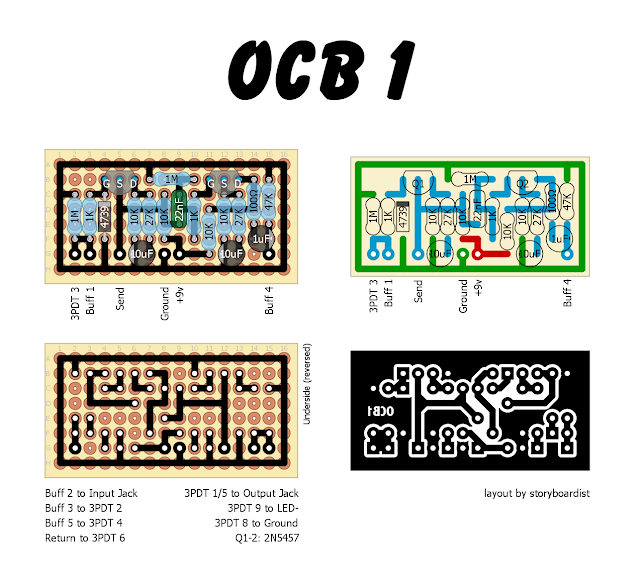 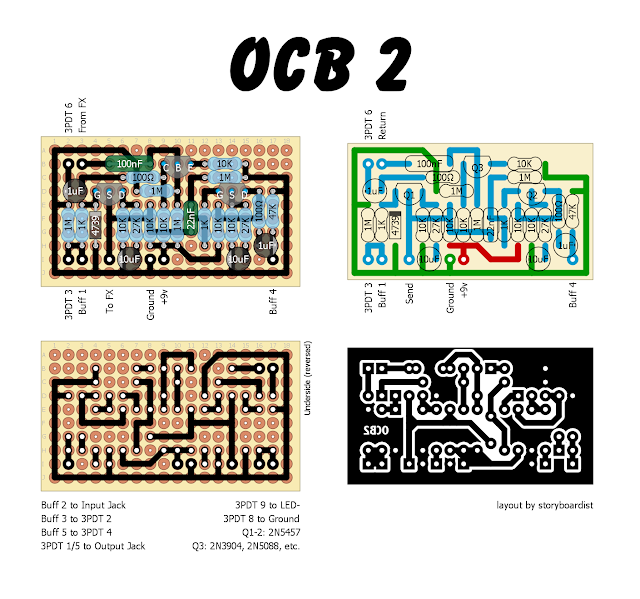