The Bumble Buzz is sold by Third Man Records, Jack White's record store and was designed and built for him by Union Tube & Transistor. It's a modified Kay Fuzz Tone F-1 with 4 silicon diodes in parallel instead of 2 germaniums like the original and the tone control fixed (so there aren't any controls at all). Easy fit for a 1590B and you might even be able to squeeze it into a 1590A. 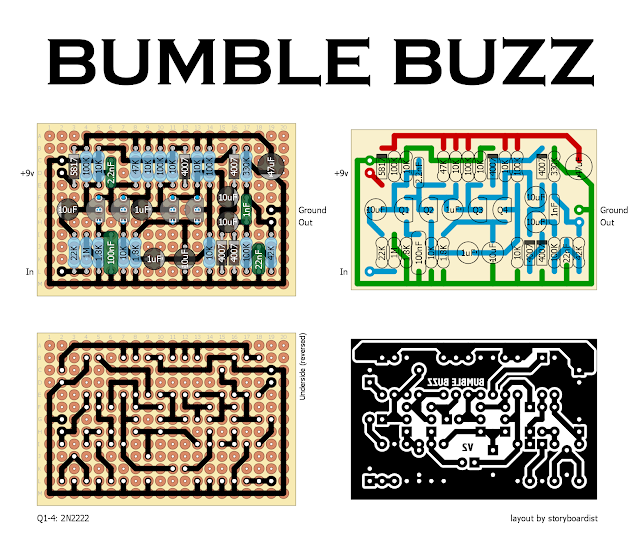 There's also a fabricated version of this on the store if you prefer. It mounts directly to a 3PDT footswitch so your board isn't just floating in the enclosure and/or you don't have to mess with standoffs or double-sided tape. There's also 3 other new PCBs on the store as well, so go check 'em out! 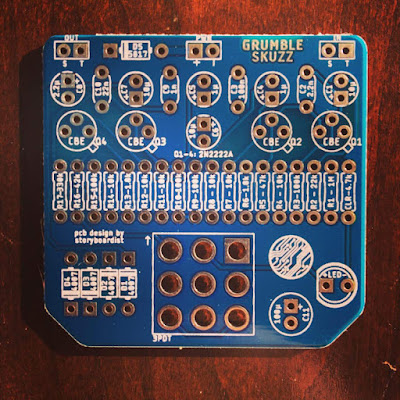