This is the precursor to the SD-1 and the TS808. The OD-1 was built by Boss from 1977-1985 and made in 2 versions. Both version are very similar in circuit topology—buffer > gain/soft clipping stage > gain stage > buffer—but the early version used a quad opamp, while the later version used a dual opamp and transistors for the buffer stages. I laid out the later version a while back (and didn't know the quad version even existed at the time), but I wanted to lay the quad version out as most agree this version sounds better. Fits nicely in a 1590B. Schematic for reference. 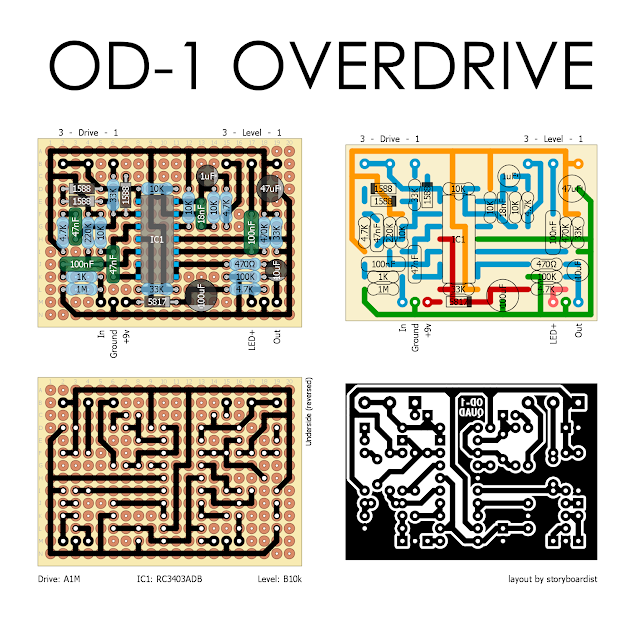