Here's a weird chorus from Valve Wizard based around a PT2399. In Merlin's own words...

Chorus is created by passing the signal through a very short delay line, somewhere between about 8ms and 25ms. The delay time is modulated and the delayed signal is mixed back with the original un-delayed signal. Some feedback ('repeats') is often applied too, to thicken the effect. The PT2399 has a minimum delay time of about 25ms, which is just short enough to do a thick chorus effect. The more subtle chorus effects that a 'proper' chorus pedal would do are not available as they require shorter delay times ( but I'm one of those people who only ever wants his chorus thick!). However, as well as getting chorus I soon found that various other unexpected effects could also be had for free, including pitch bend and a kind of ring modulation. That's why I've called it 'weird chorus'. 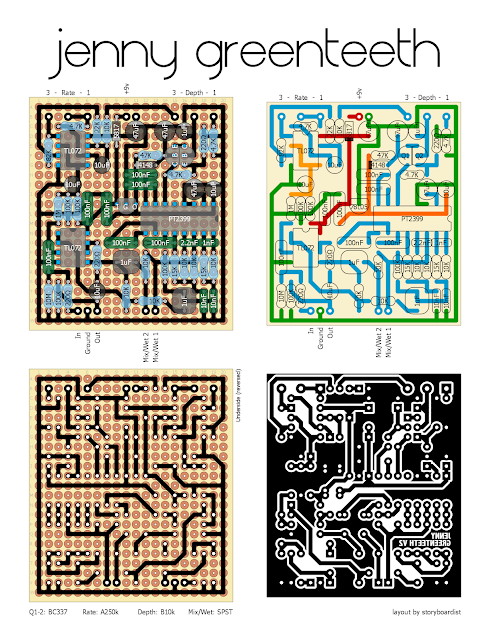