Someone from the Offset forum asked me about building a looper pedal that when used with a delay pedal would have "tails." For those who don't know, "tails" is when a delay is switched off, but the remaining repeats come through the bypass signal. This is a popular mod to the Deep Blue Delay and other delays that feature input and output buffers. What if you don't want to mod an existing delay? Then build one of these. I laid this out 2 ways, one with relay switching and one using a simpler latching DPDT footswitch. With the latter, wire the Send pad to lug 2 of the footswitch, with lug 1 going to the Send jack. The other side of the footswitch can be used for LED on/off indication. The Return jack should be wired directly to the Output jack. The non-relay board could probably be squeezed into a 1590a if using low profile jacks. 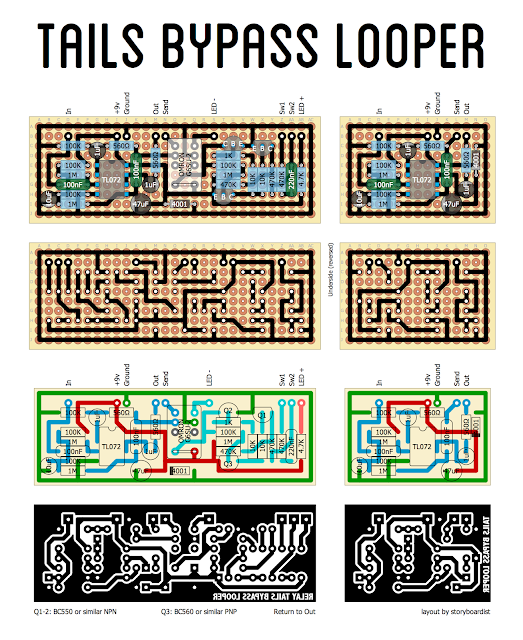