About a month or so ago, Hungry Robot Pedals made a limited run of overdrives called the Mosfet Screamer. As the name implies, it's based of the classic Ibanez Tube Screamer, but with a fair amount of modification. Eric from Hungry Robot was kind enough to share the schematic on Instagram, so a big thanks to him. Here's what he had to say about it:

The Mosfet Screamer strips the input and output buffers and adds a pre-gain Mosfet Gain stage to make it a bit more beefy. One thing I wanted was a more usable tone control, so I did some value changes and added a treble bleed on the volume section. Standard Gain, Tone, Volume controls and two toggles switches (One to select between two clipping options and the other to adjust the gain of the Mosfet Stage from low to high). 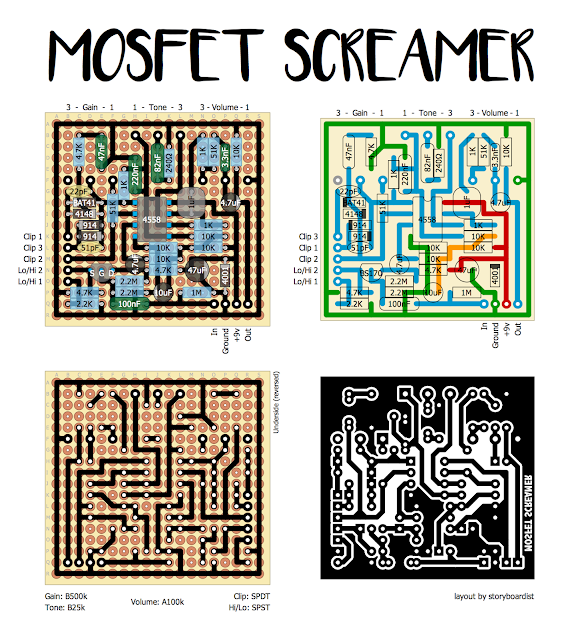