The Whisker Biscuit is a hybrid of the Bazz Fuss and the Big Muff Pi. A single Bazz Fuss stage replaces the two clipping stages of the BMP. Smooth, super-long sustain, and good clean-up with the guitar volume knob make this circuit an interesting alternative to the standard BMP.

I've included the optional 47pF caps as well as the tone control mod. Omit the 47pF caps if you want more treble, and if you prefer a more standard tone stack, replace the 22k resistors with jumpers and use a B100k pot. 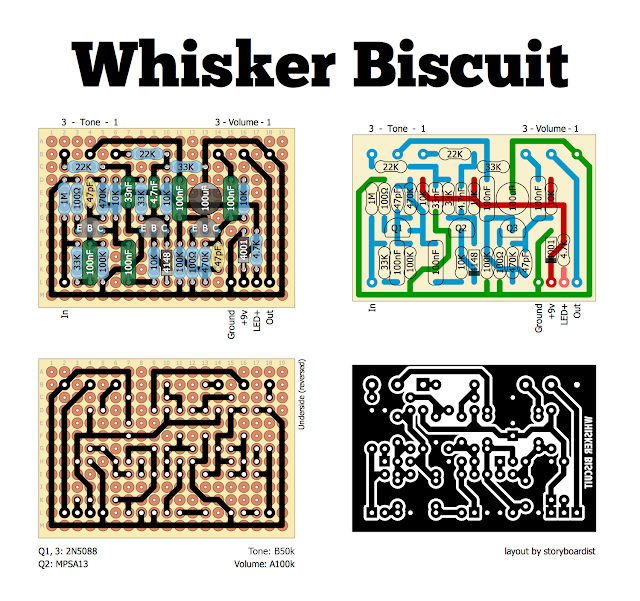