Here's a couple test rigs you can use to test effects before boxing them up. They use the same board mounted jacks I used on the "board mounted everything" layouts I did at the beginning of the year. The first one is fairly simple, using a DPDT toggle to switch between the effect and bypass. 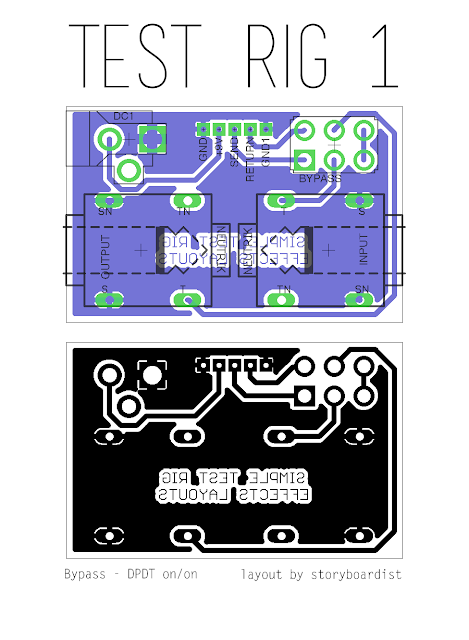 The second one is pretty much the same idea, but with a simple audio probe for debugging included. (Props to my buddy Cody for the idea) You can switch between test mode and debug mode with a SPDT on/on toggle. 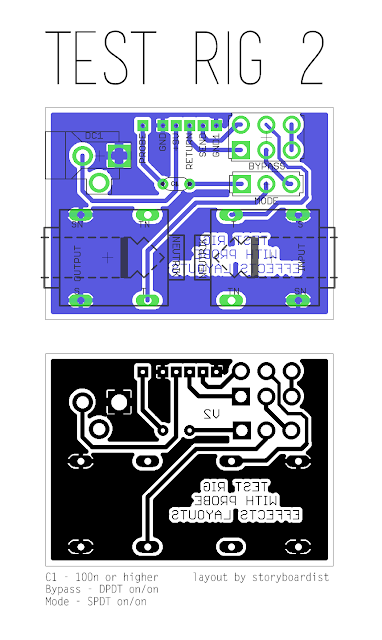 Use sockets on the 5 pads in the middle so you can easily plug in wires from the effect you want to test. You can directly solder a wire to the Probe pad.
at 9:45 AM