The Triple Wreck is a high gain distortion that some say sounds like a 5150 amp. It has a 3-band EQ and a switch to select between "Vintage" and "Modern" tones. There's also a built in boost section to take things over the top.

I've laid out the distortion section and the boost section as separate layouts in case someone wants to build it without the boost in a 1590B. The boost itself might be a nice little stand alone pedal and would easily fit in a 1590A. (The boost is a simple BJT-based circuit that drives a modified Big Muff tone stack. If you wanted to add a volume control to the boost circuit, just connect lug 3 of a 100k pot to lug 2 of the Cream pot, then ground lug 1 of the new Volume pot, with lug 2 to Out.) 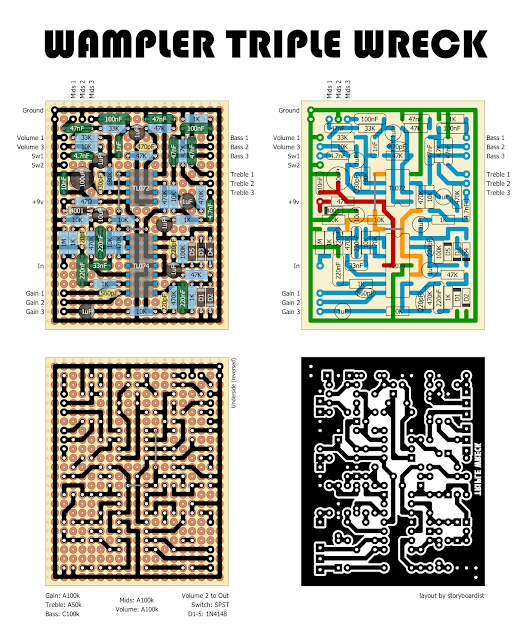 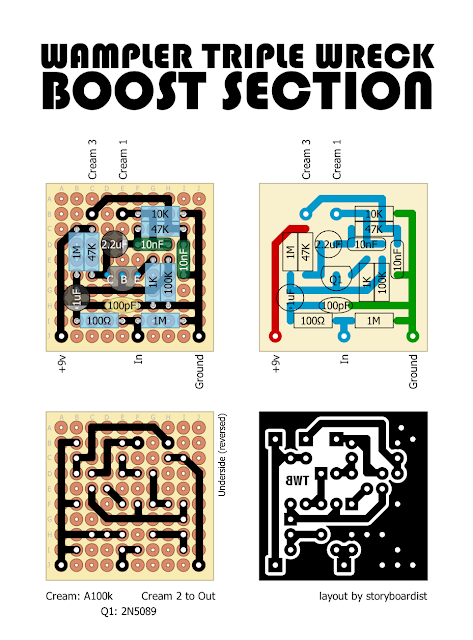 Edit Aug. 20:
Got a request for this without the ground loop as there have been reports of noise in the circuit and that could be culprit. If you've already built it, try cutting some copper near the text on the PCB. 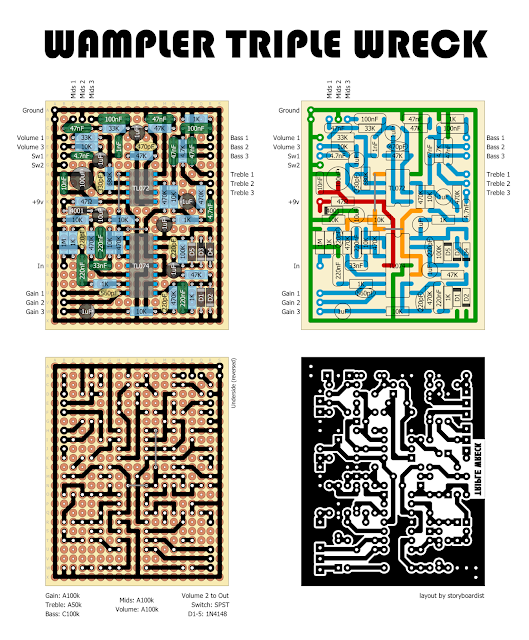