The epitome of buzzsaw fuzz tones, the Shin Ei Companion Fuzz has become a highly sought after fuzz box. The one drawback to the FY-2 is the tone stack between the Fuzz and Volume controls. Besides not being controllable, it drops the volume of the effect below unity. I've drawn up a stock layout, as well as a modded version with a booster at the output to up the volume to a more reasonable level (based on the schematic from General Guitar Gadgets). The stock layout will fit in a 1590A, and the boosted version could as well, it would just be a tighter fit. 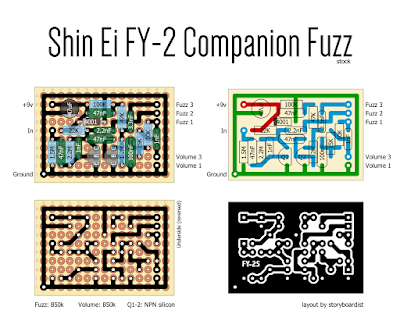 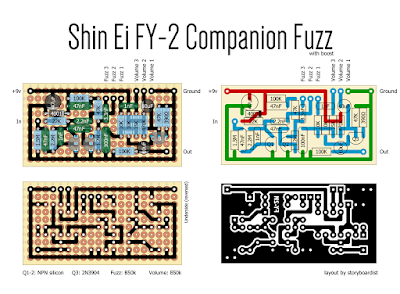 A useful mod to the stock layout could be adding a tone bypass switch. Use a DPDT (on/on) and wire it like this: 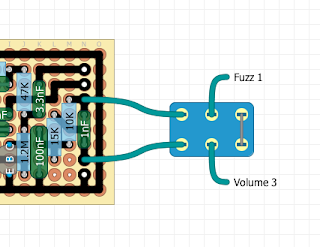 When the tone stack is bypassed, the volume should increase significantly.