Been meaning to do this one for a while. One of the most classic effects ever, the Tube Screamer has been used by just about everybody. This layout is for the original TS808 circuit, but you can also build the TS9 on it as well. Just swap the 100Ω resistor coming off the emitter of Q2 with a 470Ω, and swap the 10k from output to ground with a 100k. The 220nF capacitors on the original TS808 and TS9s were tantalum, but I've laid them out to be film for better response. The 220nF coming off lug 2 of the Tone pot can be decreased to 100nF to open up the range of the tone control. Also, if you feel like it, you could hard mount the Drive and Tone controls to the board if you want. 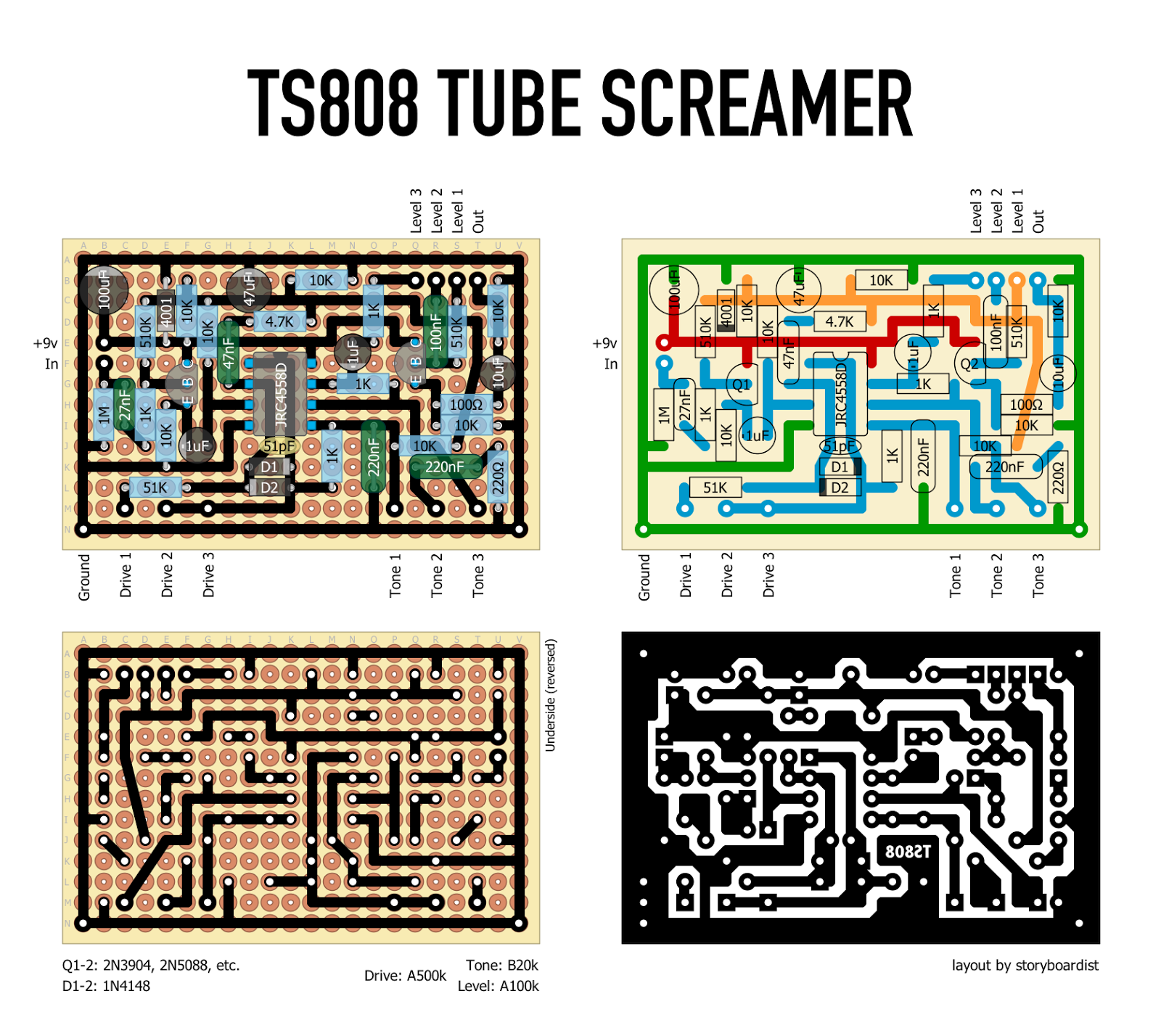