Here's a good sounding overdrive from Earthquaker Devices. This is for the first incarnation of the Crimson Drive with just level and gain controls. Uses a J201 in a buffer stage and a PNP AC128 in the gain stage.

Dirk_Hendrik from FSB traced one and drew this schematic. 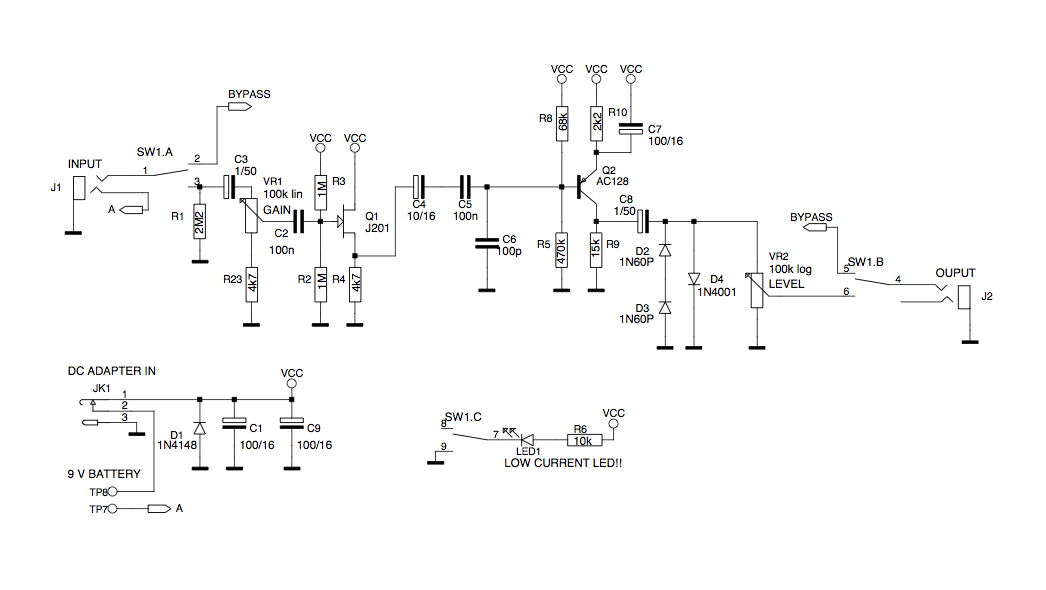 The power filter section makes me scratch my head a bit, as it uses 2, 100µ caps. To keep things a little simpler on the board I just put one 220µ cap, since the equivalent capacitance of two parallel capacitors is the sum of the individual capacitances.

Also note that the schematic calls for a low current LED, hence the 10k resistor from the power supply. Change that resistor to around 2.2k if you're using a more common LED. 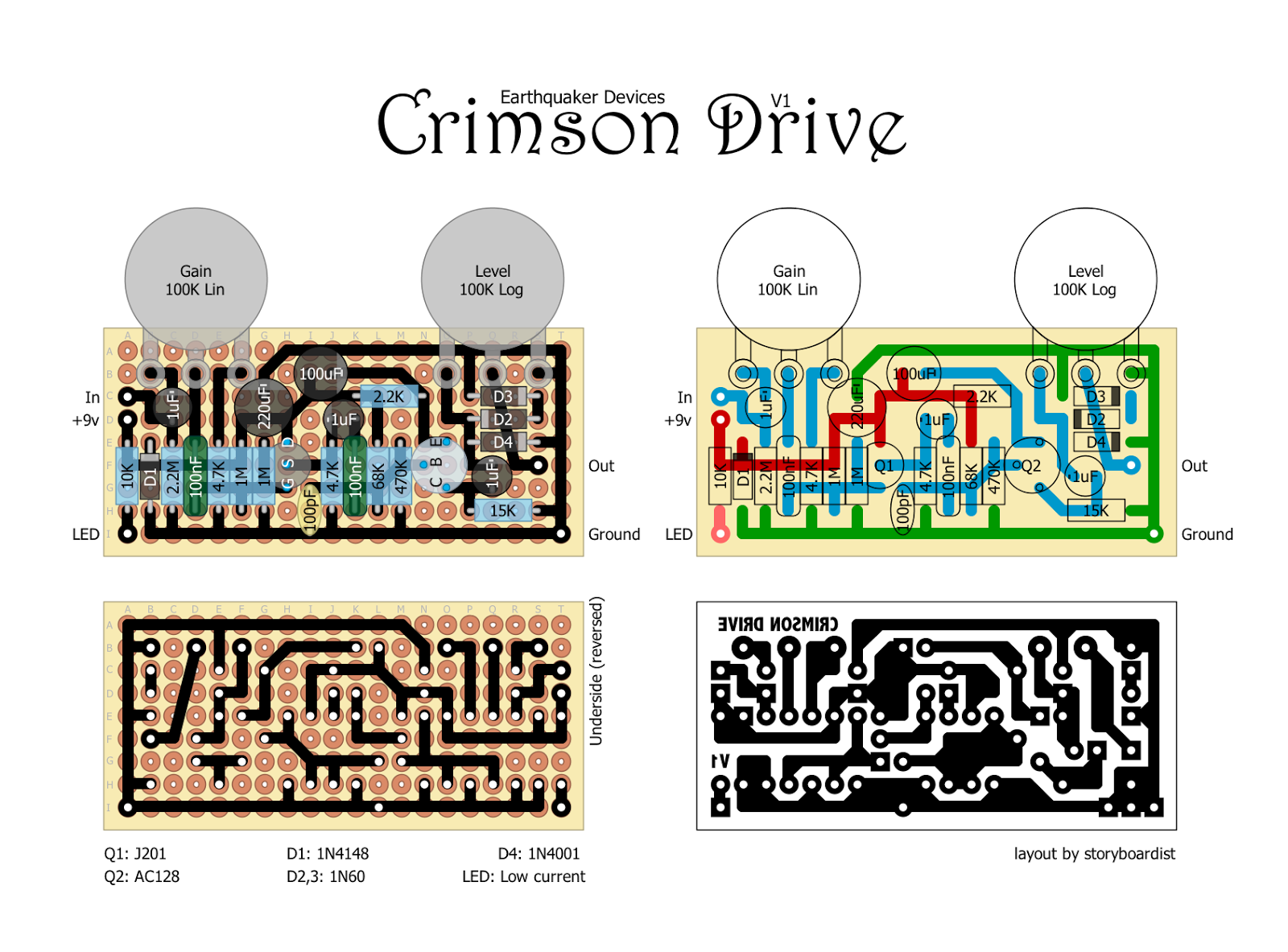