Here's a little something I whipped up the other night on a whim. Actually built it on the fly before I even drew up a layout. I was trying to build something with some old mojo caps I found on my bench, and it initially started as a treble booster, but I ended up wanting more gain. Initially it was based on the EQD Arrows, but added an extra cap off the emitter (ala the Rangemaster) for more gain and snarl. I used a germanium transistor with an hFE of around 230. Worked well with a silicon transistor as well. Room for experimenting with the input and output caps. Should fit easily in a 1590B. 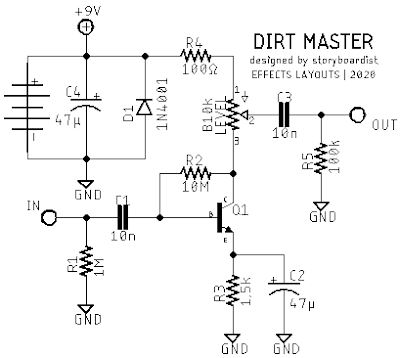 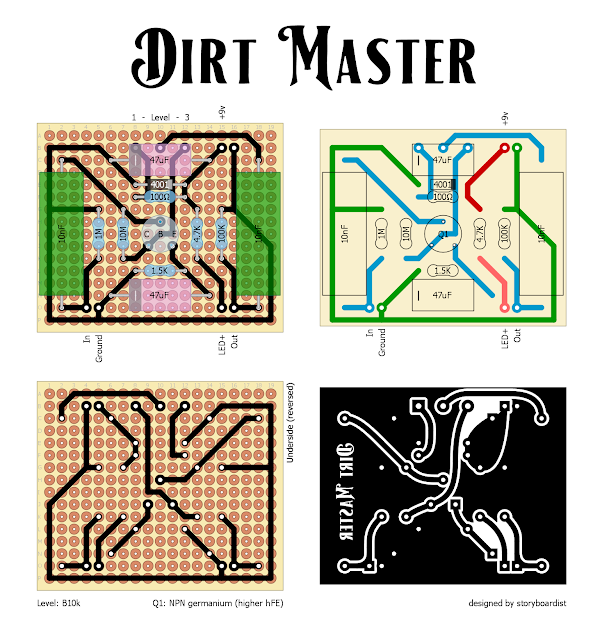