Here's the correct layout for the Korg DST-1 that I previously laid out based on an unverified schematic. It uses an AN360 audio pre-amplifier chip (you can still get some on eBay), but I haven't found a replacement other than making a discrete version of the chip. A discrete version wouldn't take up that much space and the schematic is included in the datasheet, but the resistor values aren't included. If anyone has any info I'll gladly add a layout for making a discrete AN360. Original DST-1s used a buffered bypass and I've included the buffer output on the board if anyone wants to build it that way. I left out a few diodes present on the input and output buffers I think are just over engineering as well as a 47k resistor from the output jack to ground (which is probably easier to include offboard anyway). Here's the schematic for reference. 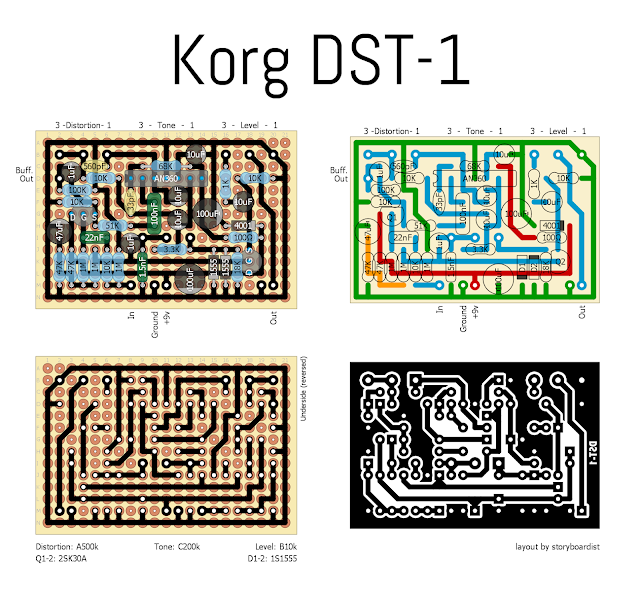