Stumbled across this Big Muff variation designed by Anders over on the Tagboard forum. Seemed like a cool design for Fuzz Friday. Here's what he had to say about it:

Inspired by Skreddy Top Fuel and a DIY muff project One Knob Gilmour I have been tinkering with a big muff circuit using mosfet transistors for all four gain stages along with mosfets wired as diodes in the second clipping stage. I've been using 2N7000's just because I have tons of them but other mosfets like BS170 should work as well. For more variety I added AMZ big muff tonestack. Sounds tighter than a regular muff and has more distortion elements than fuzz. If any fancy building this shielded wires is a must since the gain is pretty high and it's on the edge of oscillation when pots is dimed. Coupling cap values is mostly from Violet Rams Head muffs to give a balanced tone but those could be tweaked to desired values as well as the small BC caps. 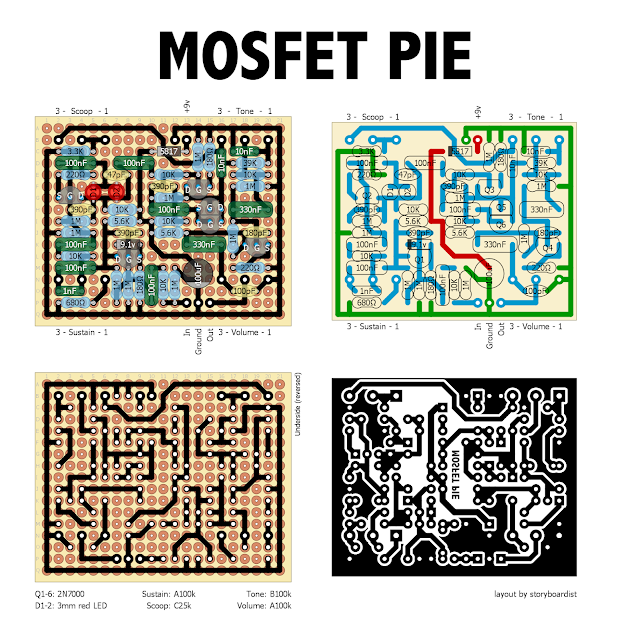