Happy Fuzz Friday! Not sure how I haven't laid this one out before. Think of it like a mashup of a SHO and Tim Escobedo's Tripple Fuzz, and then repeated. Here's the schematic for reference. This one was drawn up based on an early 2000s model and the input SHO section I've modified to the newer version with a single 9.1v zener to protect the MOSFET instead of 2, 1N4148s in the layout below. I also added a pulldown resistor at the output (cuz I couldn't make it fit at the input lol). The 2 clipping diodes aren't known, other than they are large blue glass diodes with the markings "BKC" written on them, so socket and experiment. 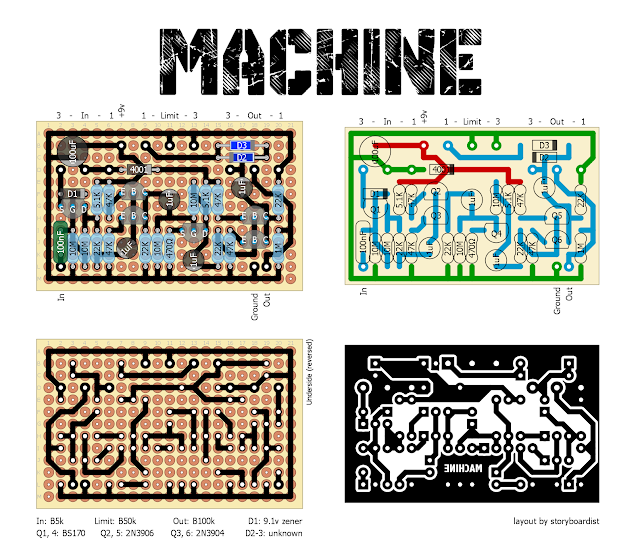