Here's one of Bajaman's non-amp emulating circuits, the Optical Limiter. It's based on the Demeter Compulator, but is not a compressor but a limiter. What's the difference?

Here's the schematic for reference. It's designed as a buffered bypass pedal, with the input jack going to the In pad on the board, and a third of a a 3PDT footswitch selecting between the buffered out and effect out. The off board LED pulses with the signal but probably isn't going to be great as an on/off indicator. Just use another third of the 3PDT to make/break the connection between the LED- pad and the cathode of the LED. And then use the final third of the footswitch to wire an on/off indicator LED as you normally would. (At least I think that's what Bajaman had in mind...) Also, the LDR should have 5k light resistance, 500k dark resistance (a GL5516 should work). Oh, and I added an extra pad so GSD pinout JFETs (J201, 2N5457, etc.) can be used in place of the 2SK117. 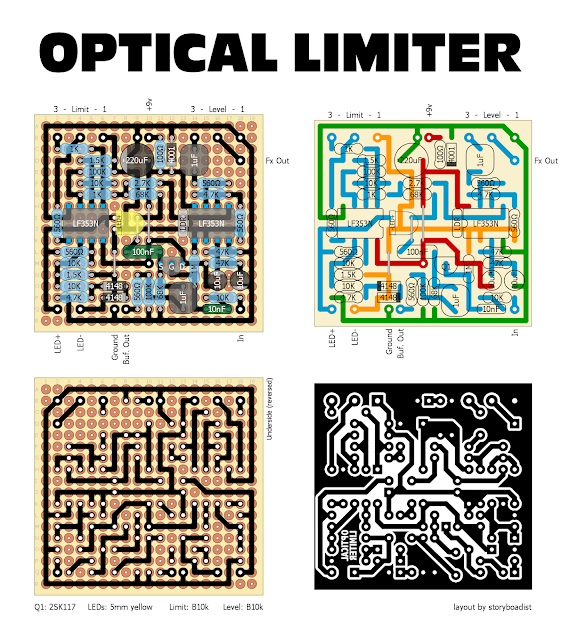