To close out EarthQuaker week, here's the Dirt Transmitter. I traced this one myself and below is a video showing the process. It's similar to a Fuzz Face, but a little different. I found this description from (I'm assuming) Jamie over on TGP:

I guess it's kinda like a fuzz face but it started as two gain stages running into each other with an input gain control and a sag on the second stage (bias). Voltage feedback was added and it became similar to a fuzz face in topology but it sounds nothing like one IMO. In this case the sound is totally dependent on the transistors, replace them and it's a whole different beast.

Here's my video on tracing the circuit as well as a demo: 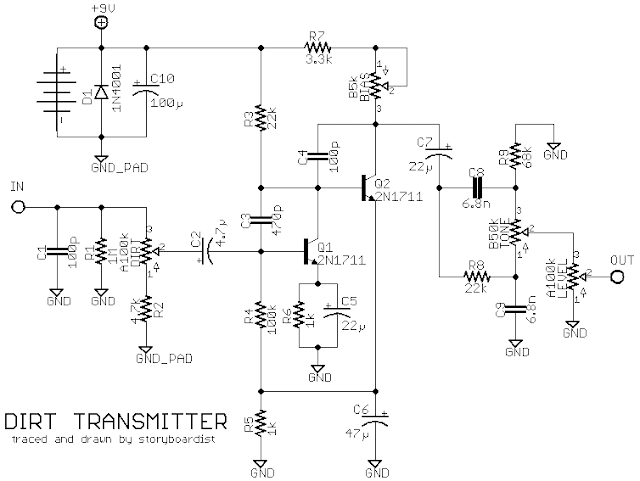 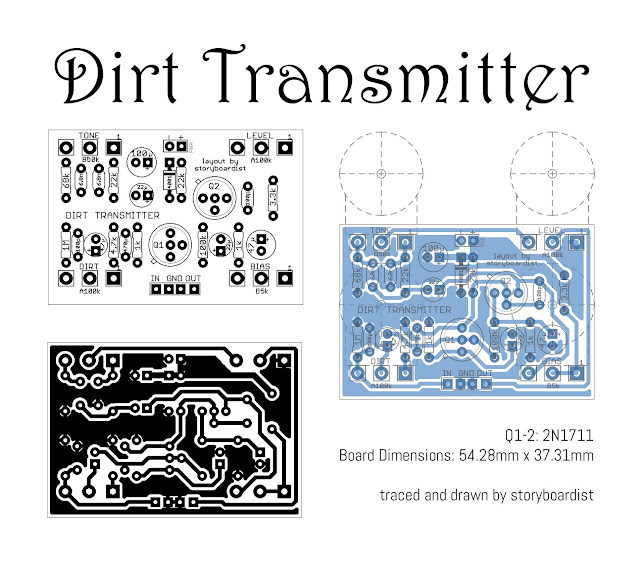 You can also order a fabricated version in the store here.

Added a perf layout for this based off the Eagle board above. 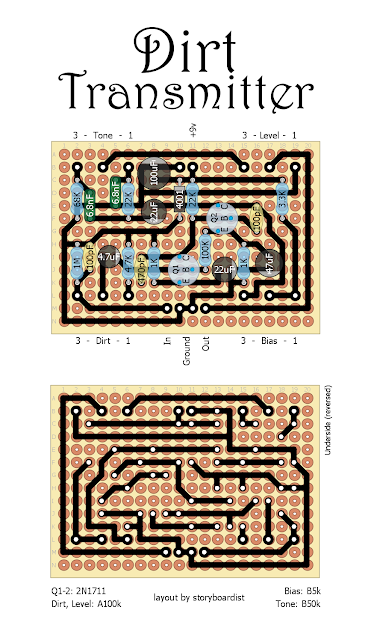