Here's your Fuzz Friday fix. I'm calling it a fuzz anyway since it's just a modded Fuzz Face with an input buffer and a treble cut control at the output. It's supposed to give the boxy sound of a cranked AC15. Here's HipKitty's description:

Unique to the Oxblood Distortion is it's ability to make a "large" amp sound "small" and in hyper-drive with the tone of the AC15. 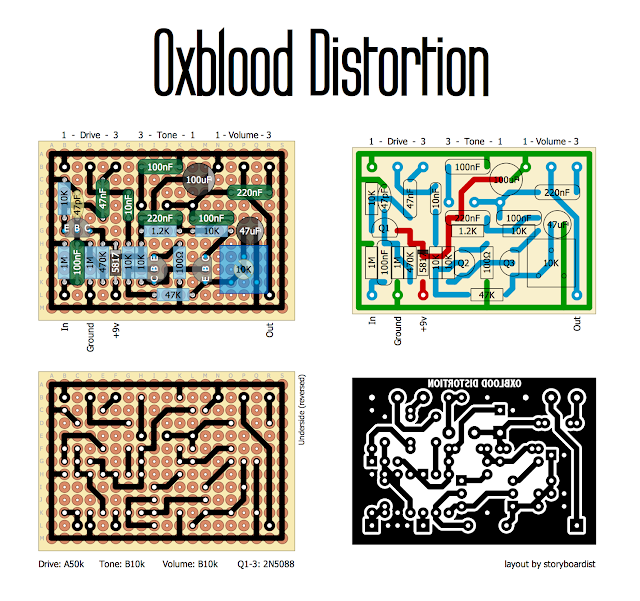